Now that the bottom is finished apart there the cradle legs are on the hull the bottom is ready for antifouling when the rest of the yacht is ready to go back in the water. 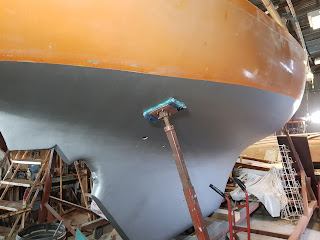 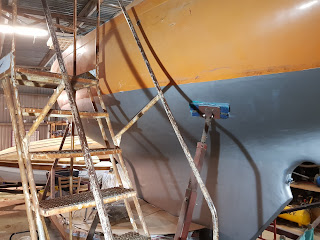 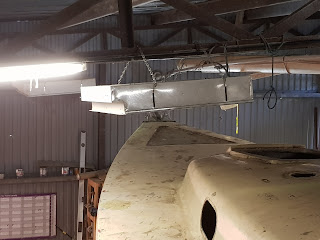 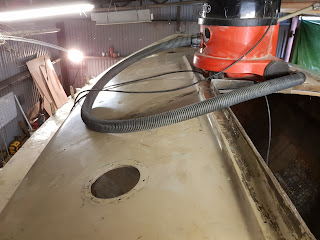 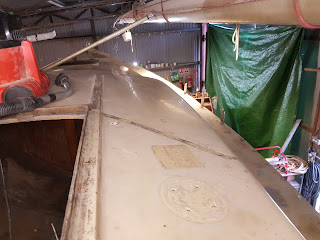 The cockpit holes will be done in the same way as the window holes, the only holes that will not be filled will be the two cockpit drain holes which will have drains that will fit flush in the bottom of the cockpit sole so it will drain correctly 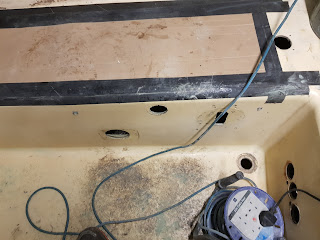 Posted by J-Star Marine Services Builders of fine craft since 1981 at Wednesday, October 16, 2019