It as been a years of many ups and downs along the way this past year. The year started off well with a number of restoration projects continuing to be done. Mainly the ongoing major refit of the Hardy 25 which as taken a lot longer to complete as a number of next jobs needed to be done to sort the boat out than was first known about. The job did get many of the jobs done while at the yard before it had to go back to its new home down in the wet country near Bristol. There are just a few odd jobs to do before the boat is recommissioned.


The Hardy 25 back on its new mooring in Bristol

During the year we had two Finesse yachts in the yard for re-decking, both yachts having much the same problems in that both had rotten areas on the decks around deck fittings and rot in the top planks on one of them. Both yachts are now back with their owners who have them ready for the new sailing season next year.

A Finesse 24 having under gone a complete main deck, re-decking  and sheathing 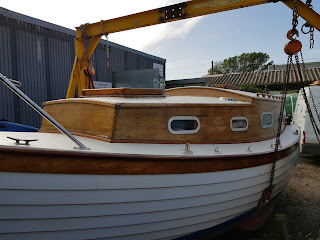 Then we have the ongoing restoration project of the Morgan Giles 30 which is a ongoing two year project  which will finish in the spring of 2021 when the owner is going on an extended sailing programme. 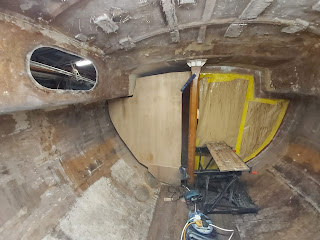 The foredeck as been strengthen to take an oversized windlass and to ensure that it can take the next stresses when riding over storms at anchor in the northern attitudes which this yacht is going to be sailing in a new sailing programme when it is recommissioned . 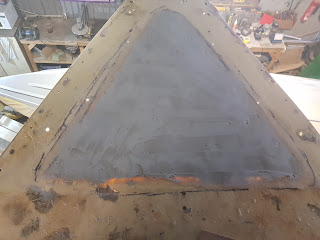 Finally we have a 1960's wooden speedboat in for a restoration after the aft end of the boat became rotten from poor storage and rain water damage to the hull skin. 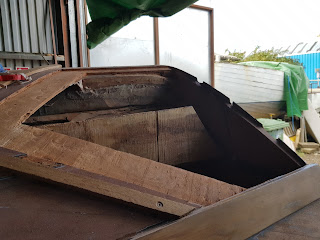 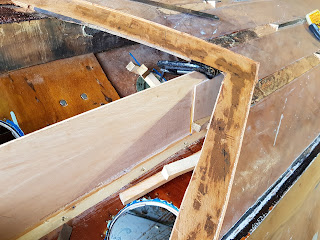 Posted by J-Star Marine Services Builders of fine craft since 1981 at Saturday, December 21, 2019 No comments: Links to this post

Now that the Little Mai moulds in the workshop, it as been cleared up and re-waxed with mould release wax. It as just had one coat of release wax today, however, it has to have two more coats of release wax before it gets a coat of  PVA release solution. Once this is done then the team can lay up the first of the coats of gelcoat which going to have two coats and then get the hull laid up with it layers of 600 g CSM to build the hull up to the correct thickness for its use as a yacht or motorboat tender when it is fitted out.

The Morgan Giles 30 is coming along with the second bulkhead on the port side getting glassed in with a 3.6 kg layup to to the hull and deck this heavy lay up. This heavy layup as been the same as with all the structural bulkheads throughout the yacht is requested by the owner.  So once these are glassed in the rest of the rebuilding can get underway with fitting of hatch and filling in more holes such as the fore cabin windows which were a source of a leak and which the owner wish to get rid of and are surplus to the boats future needs, once these jobs are done the rest of the fitting out of the interior can start.

Other jobs which have been done as been the sorting out the workshop and other jobs that were put to one side can be done and got out of the way to make more room in the workshop and organise the yard at the same time.
Posted by J-Star Marine Services Builders of fine craft since 1981 at Thursday, December 19, 2019 No comments: Links to this post

Having got a space in the workshop we now have opportunity to start producing a run of new GRP dinghies. 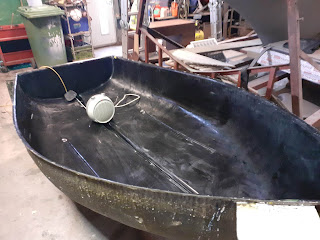 The dinghies will all be trimmed with timber from FSC approved timber merchants and in a range of  timber to individual client;s needs and the fittings can be from galvanised or bronze. 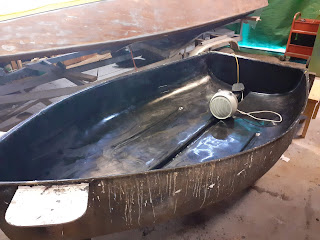 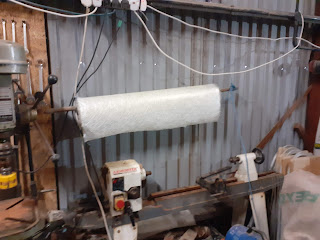 The Resin and Gelcoat are made to the highest standards and environmentally as  safe to the environment as possible. 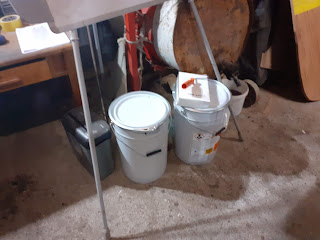 Posted by J-Star Marine Services Builders of fine craft since 1981 at Wednesday, December 18, 2019 No comments: Links to this post 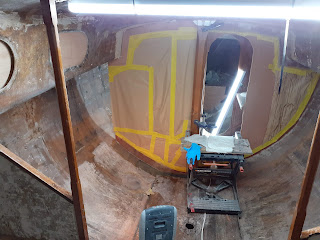 The starboard bulkhead now as the hole cut in it to gain access to the forecabin and the toilet compartment, it is roughly cut out until the boat is nearly finished getting fitted out so that the edges are not damaged through the refit 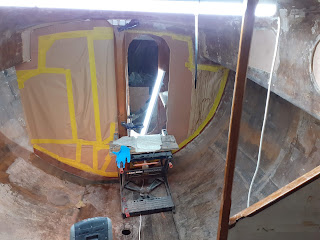 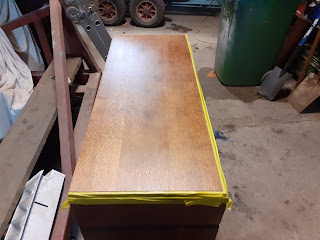 Posted by J-Star Marine Services Builders of fine craft since 1981 at Tuesday, December 17, 2019 No comments: Links to this post

At this time of year it is a good time to take stock of the business and see how it preformed over the past 12 months.

Look at working methods and see where these can and should be improved to cut down wasted time.

See if there are any improvements to be made and where any mistakes were made which could and should have been avoided.

The biggest, single improvement that has to be put in place is the admin of the business which needs a good overhauling.

Also a look at what materials are held in stock and run the stock that is not moving quickly down to lower level and stock that is being used quickly keep an eye on and put systems in to log when stocks are  getting low and have them get flagged up in good time. Make better use of the workshop and yard to bring in cash flow over the whole year.

It is a Plan and now have to put it into operation. This is how to I will be spending my get few months and at the same time working on the projects in around the yard over Christmas.

Posted by J-Star Marine Services Builders of fine craft since 1981 at Wednesday, December 11, 2019 No comments: Links to this post