Starting to put new wood into the boat, the first of the rotten frames that as to be replaced.

A photo of fitting the frame under the bunk front and behind that on to the keel.

A photo of the transom where the bottom is broken away as the stern rubbing skate last screw was screwed to close to the end and spilt the wood.

A photo of a temporary brace put in place to hold the planking together while the ribs are replaced with new ribs and they are nailed back in place.

A photo of the bottom of the engine room to aft cabin, the area was boxed in with sealed lockers and a hot exhaust running through it, so it became a breeding ground for rot. This time when it is replaced there will be plenty of ventilation.

A photo of the corner knee getting bolted back in place with stainless bolts.

Posted by J-Star Marine Services Builders of fine craft since 1981 at Monday, July 28, 2014 No comments:

Finally the deck is back on and the trimming up can start the then the varnishing.

Finally the whole deck is in place apart from a small fillet between the two halves of the deck on the top of the transom. 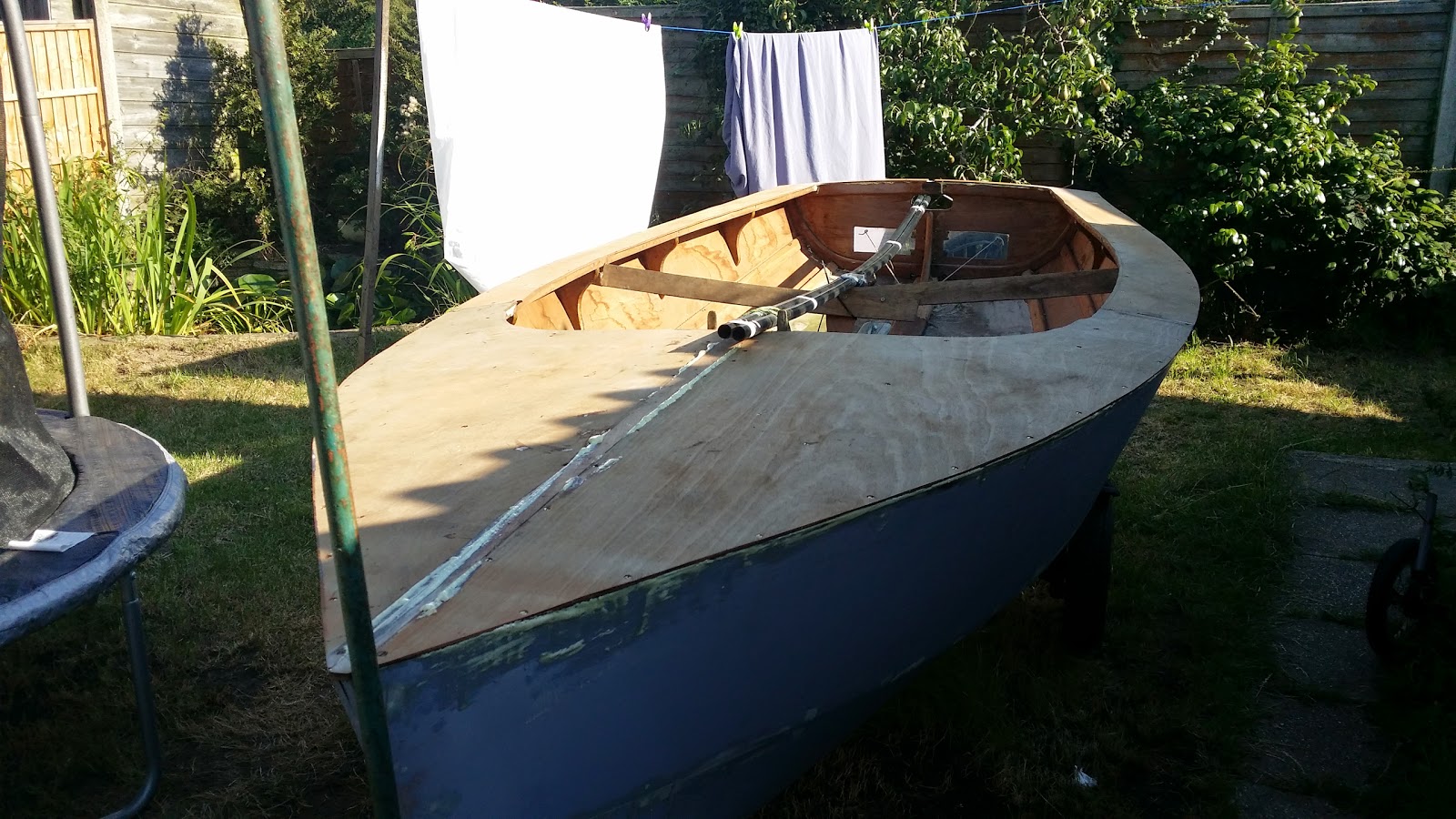 Now it is a matter of waiting for the glue to go off and sand the deck and remove the surplus glue. 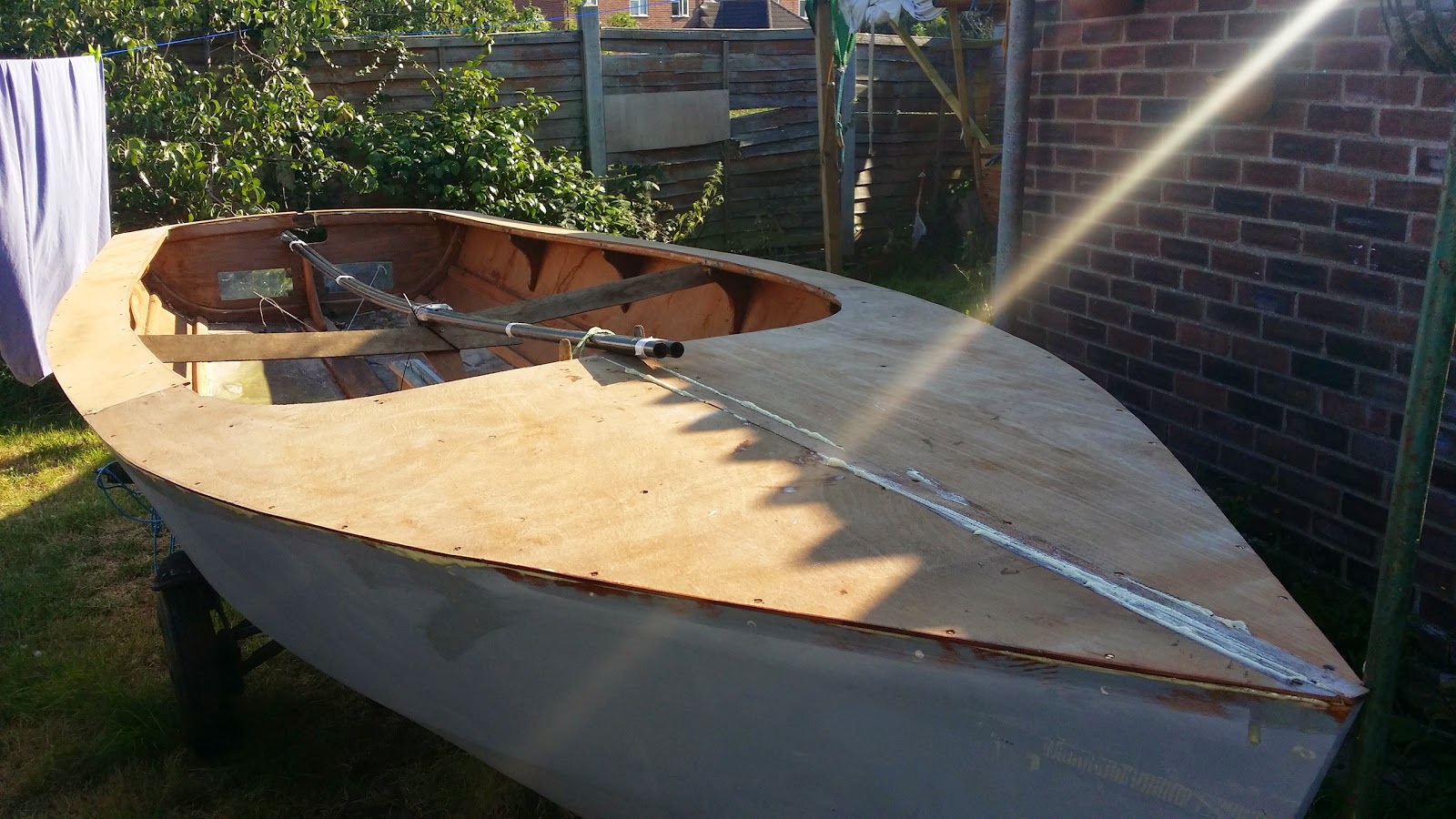 Just got to trim up the deck over the transom and fit the centre piece. 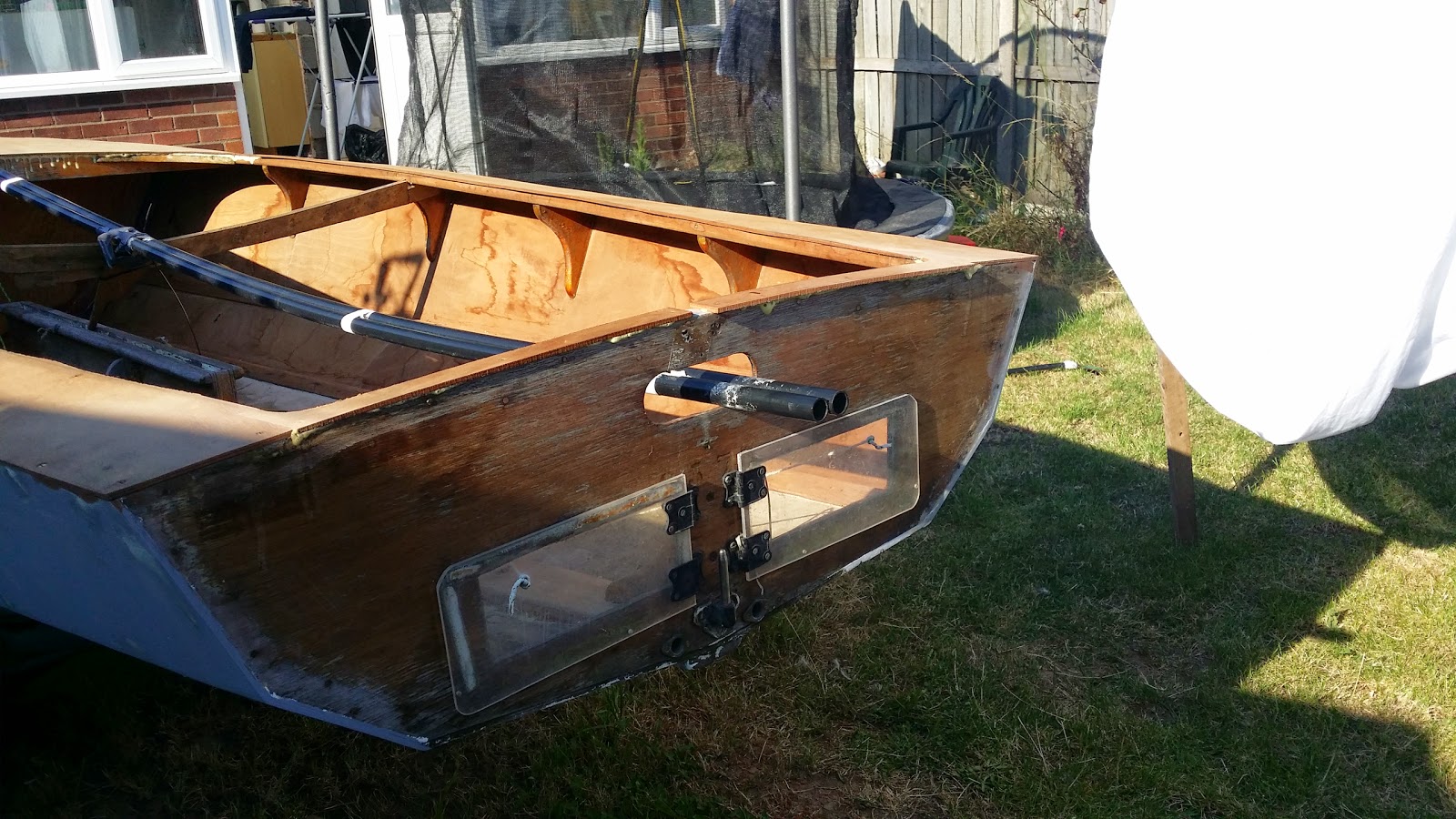 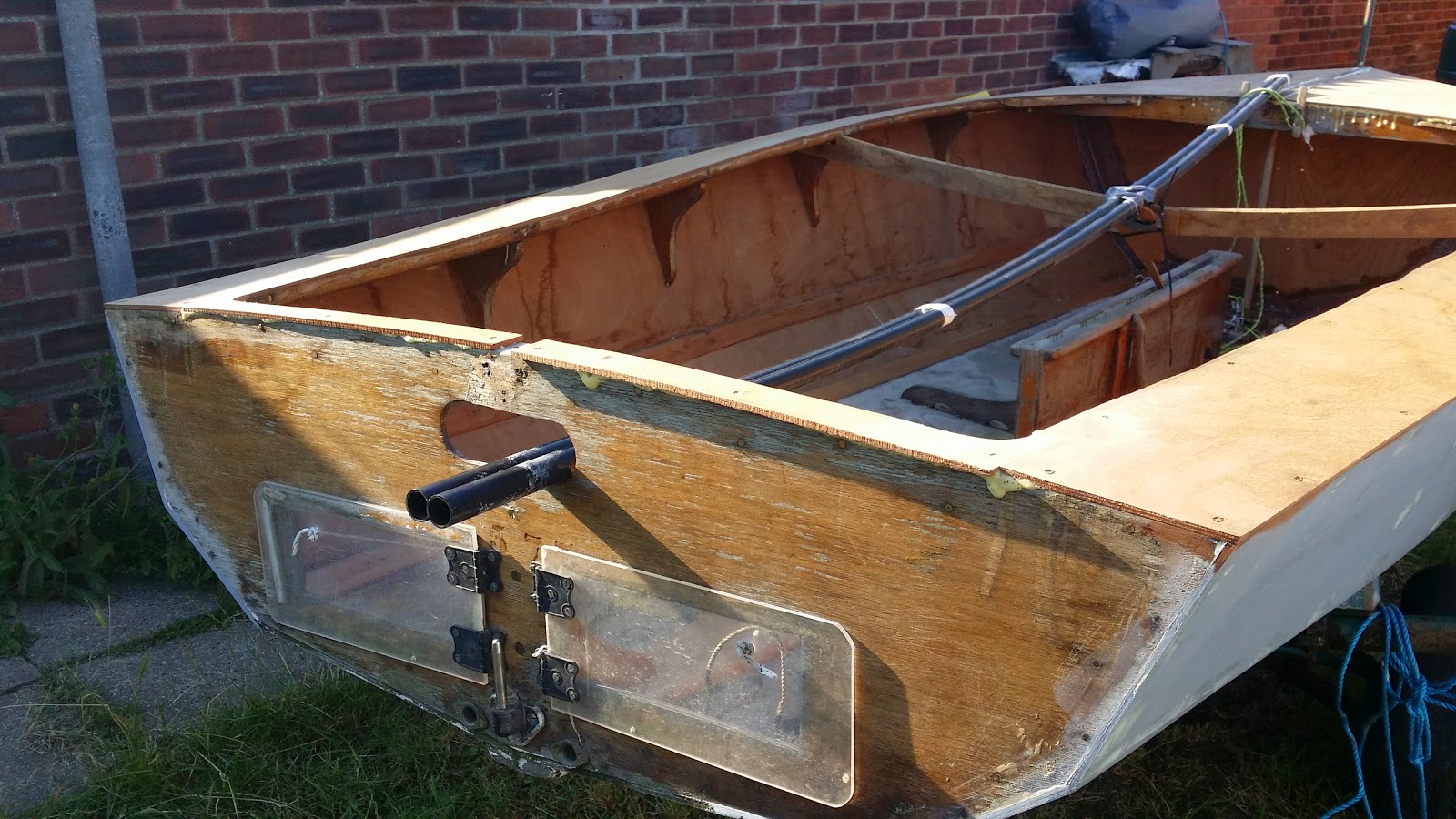 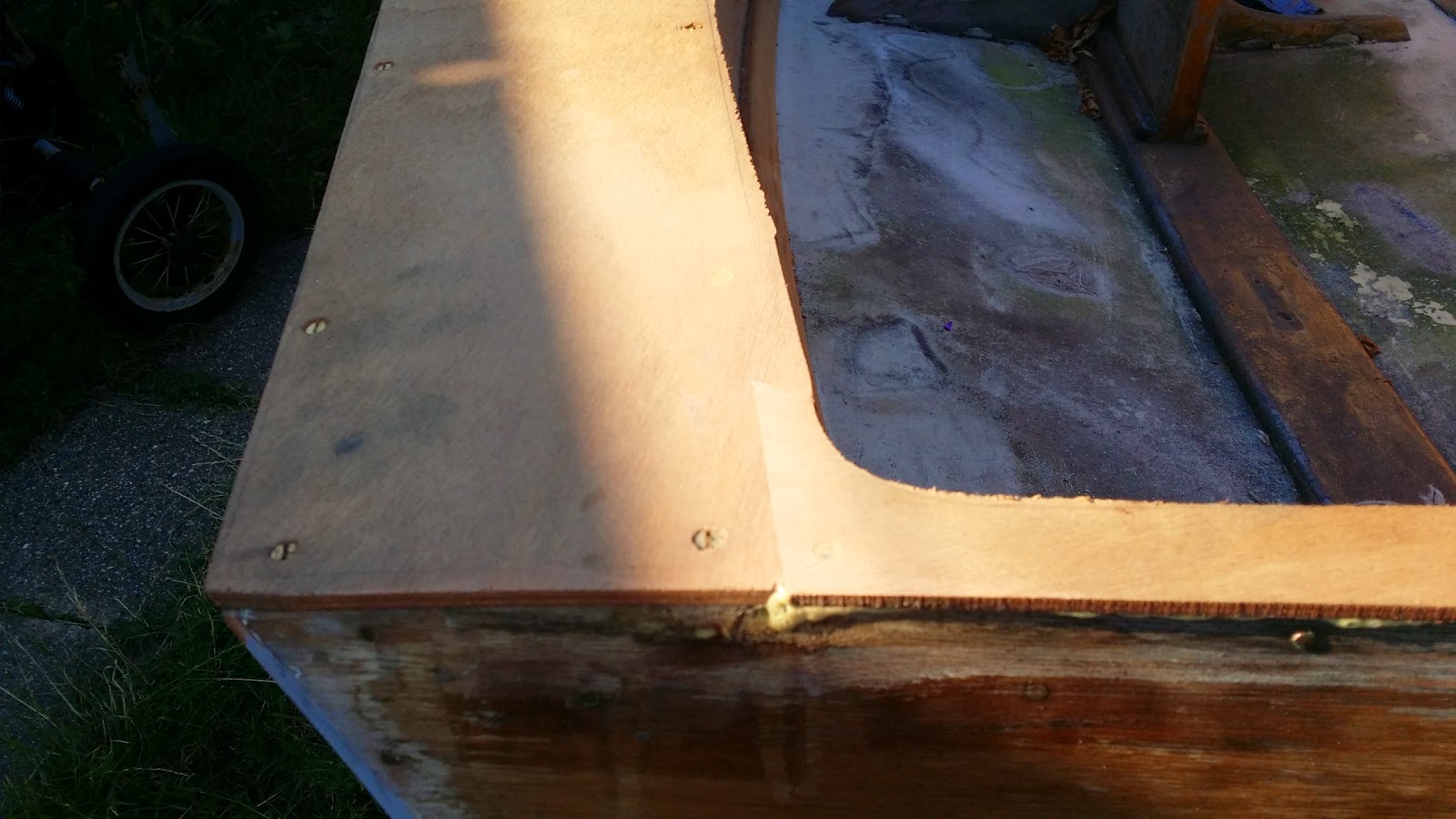 The joint between the side deck and the transom cover pieces. 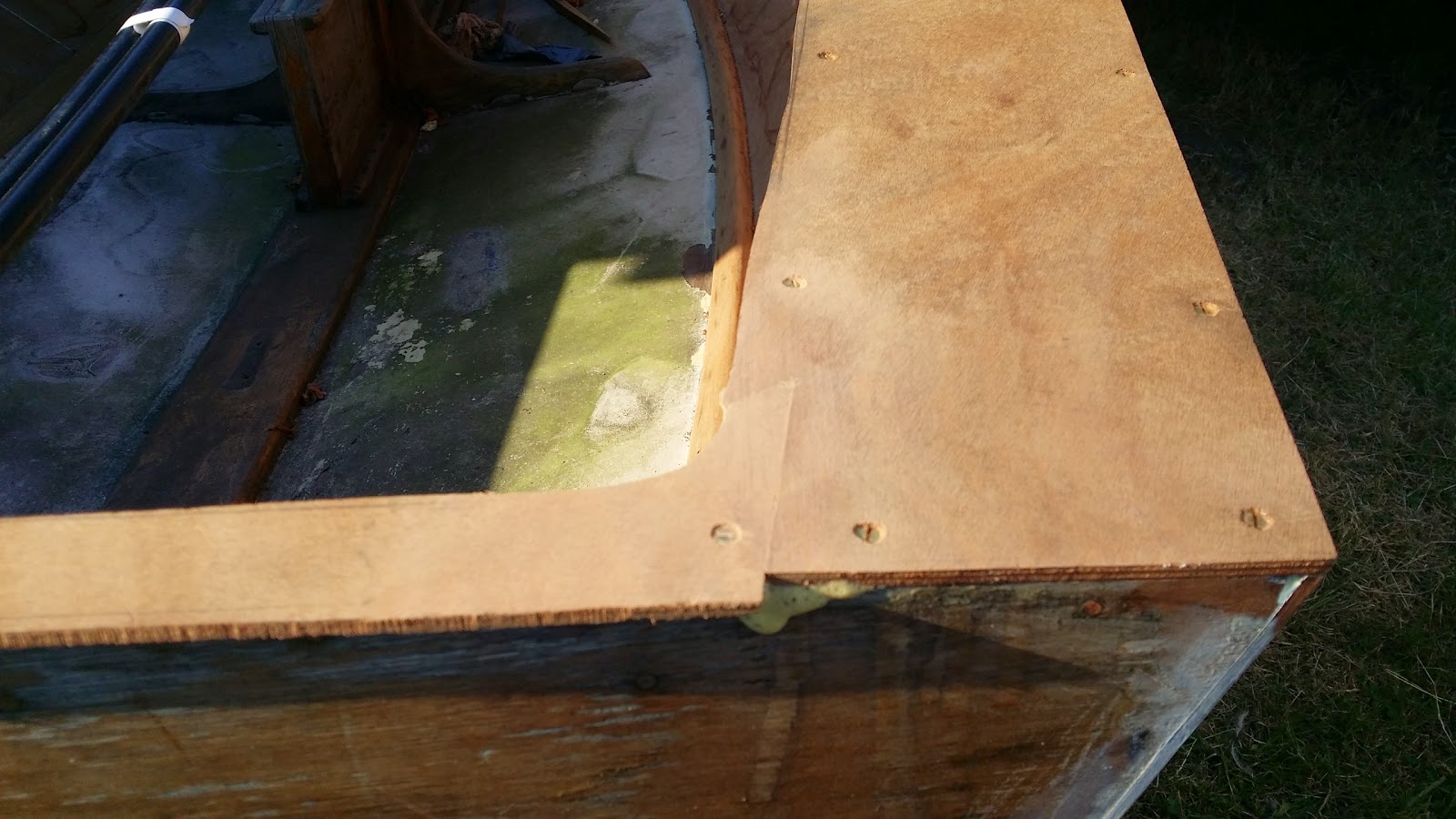 Posted by J-Star Marine Services Builders of fine craft since 1981 at Friday, July 25, 2014 No comments:

From time to time we get asked to repair older outboard engines mainly Evinrude and Johnson outboards. These are a good engine if looked after, however, in the wrong hands or someone who does not look after them the following problem can and will a raise.

In the case of this 35 HP Evinrude someone in the past as run this engine without water running through the water pump to the extent that the impeller as melted and fused itself to the casing and heated the casing up until the stainless steel casing moved in the plastic housing.

The following photos show the extent of the damage and the large bill the present owner is going to have to pay for some ones neglect and lack of knowledge when it comes to running their engine out of the water.

The first photo shows the damage to the impeller and the housing.

This photo is of the melted impeller seized on to the drive shaft due to the great amount of heat produced by the impeller getting hot while running with no water running through the water pump housing.

Posted by J-Star Marine Services Builders of fine craft since 1981 at Tuesday, July 22, 2014 No comments:

Finally got round to finishing off the new deck or at least dry fitting it.

Starting to fit the new side decks to the dinghy after a long break doing other boating projects.
The port side deck when on first. 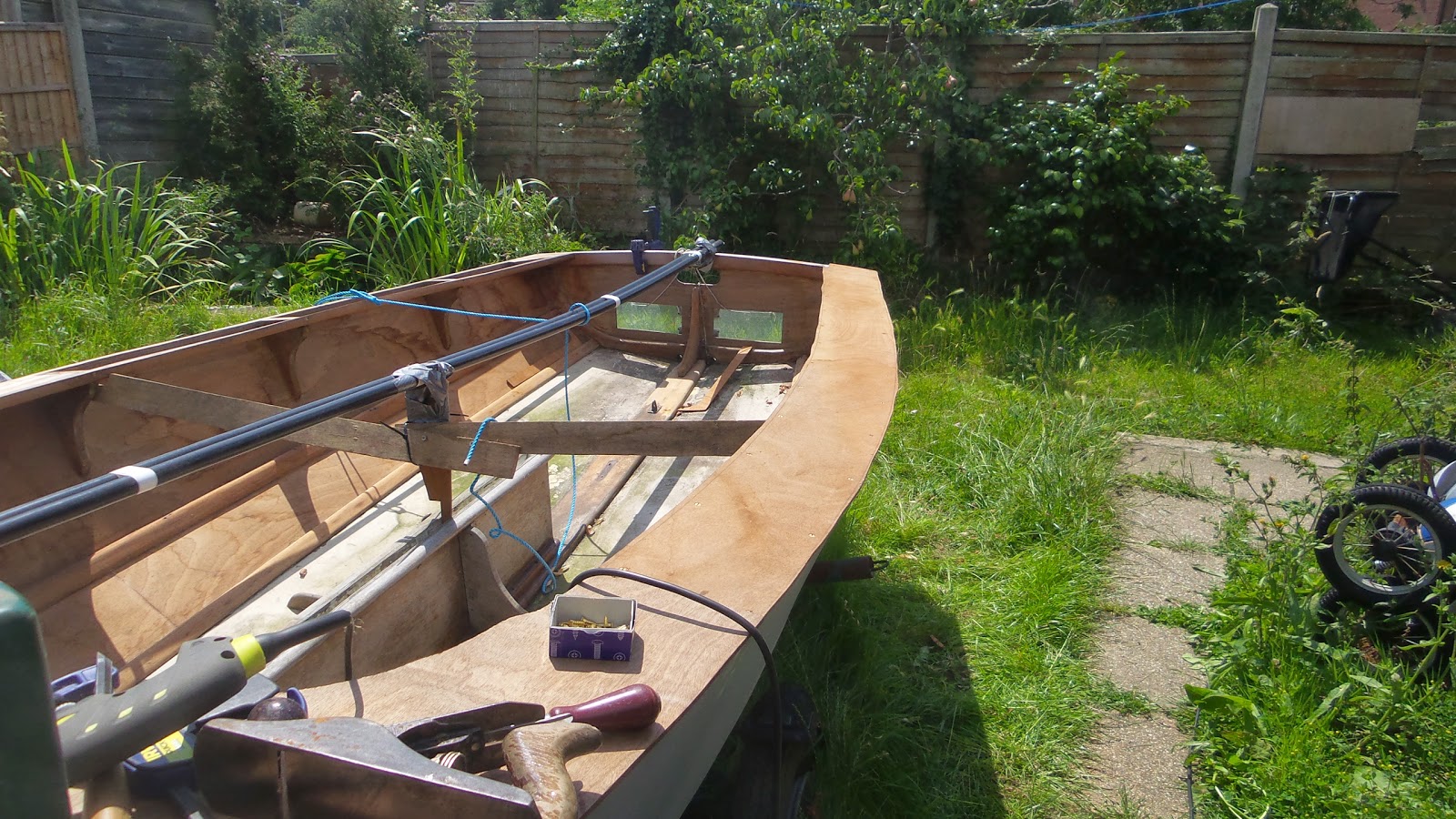 Then the starboard side deck was glued down and then it will be time to trim it up with the trimming router when all the deck is glued down. 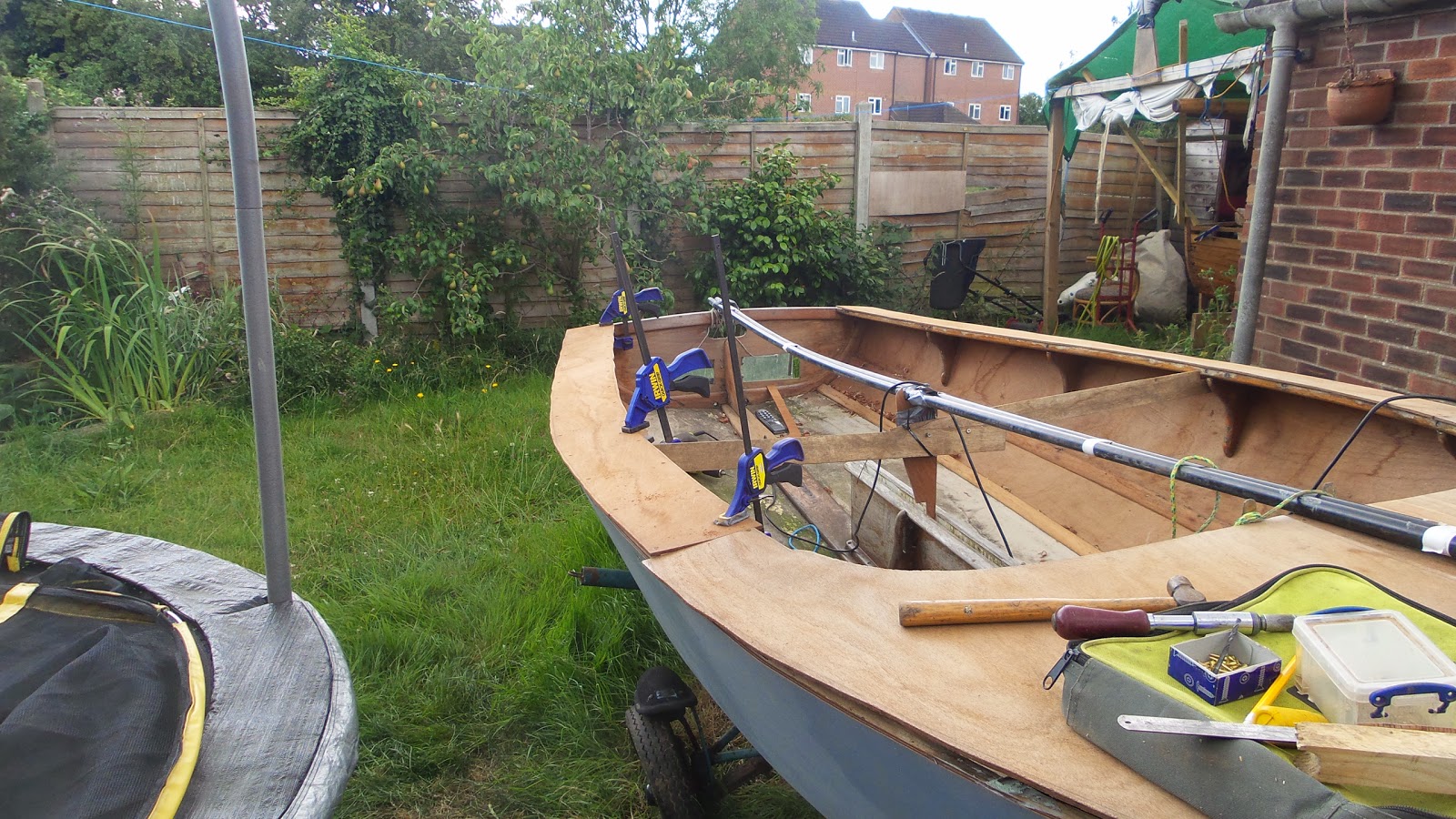 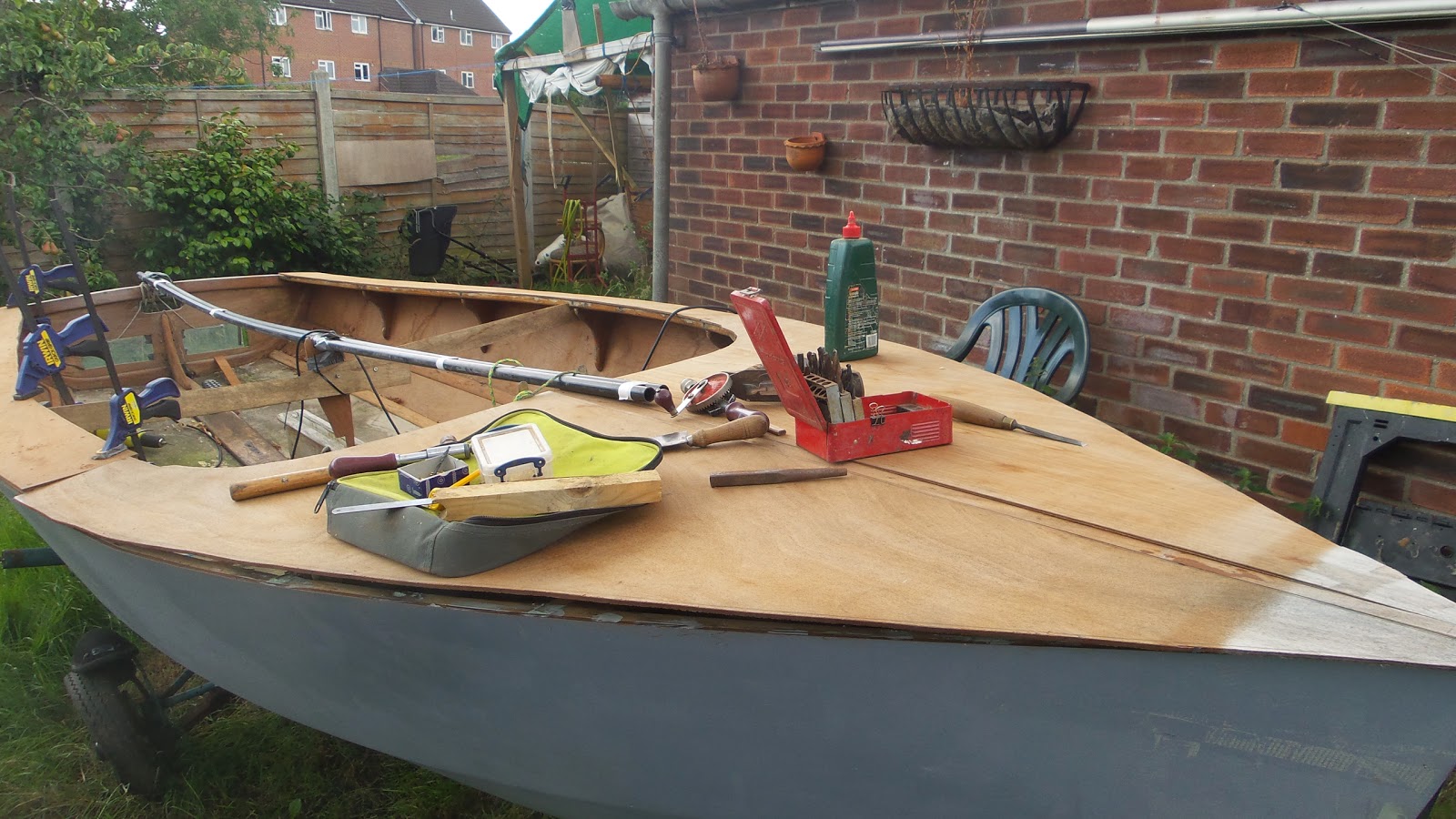 Now screw fixing the deck down along the gunwales 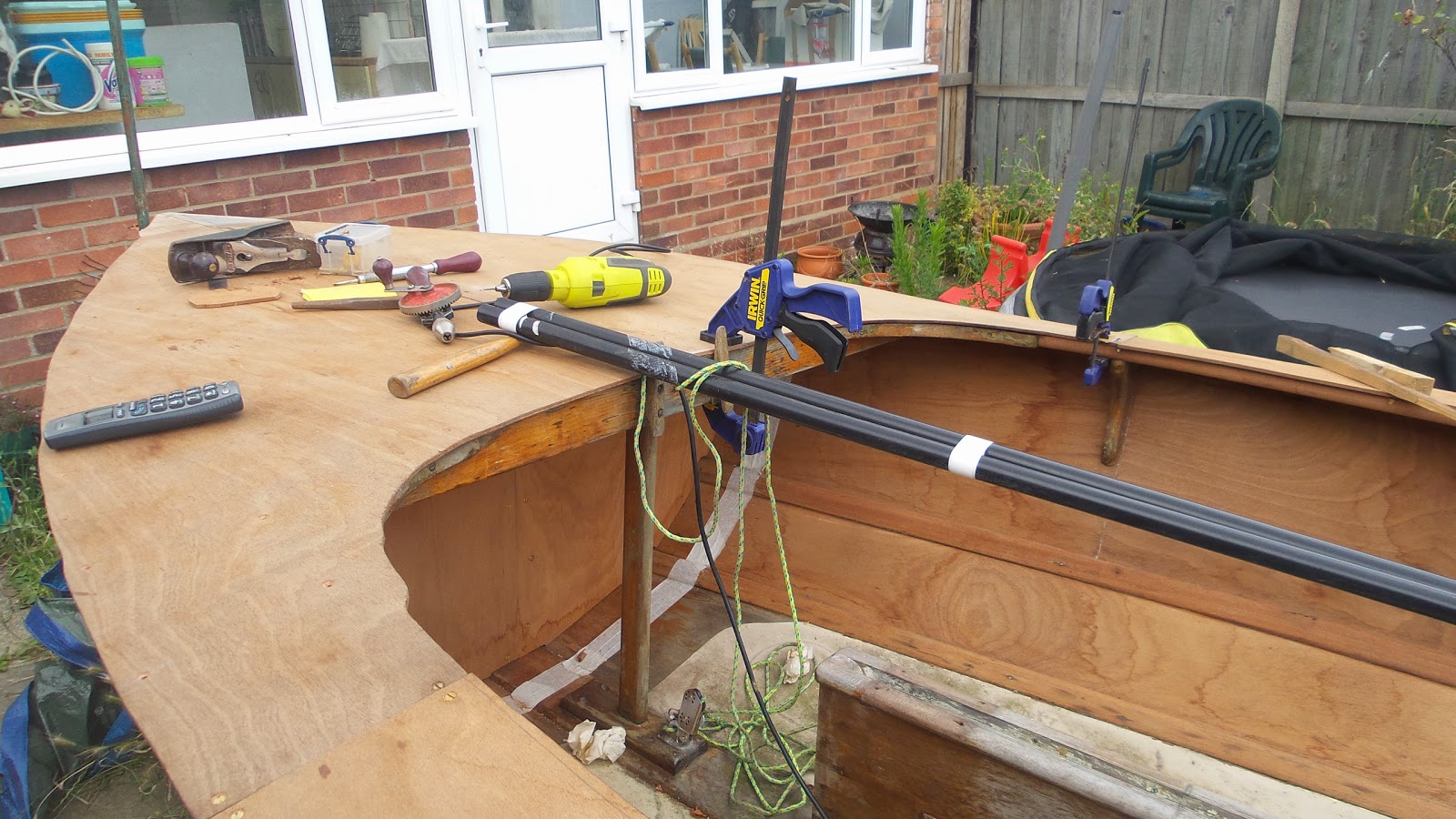 Starting to fix the two pieces of deck on top of the transom.

All the deck dry fixed down ready to glue down after the front bulkhead is glassed into position.

Bulkhead all masked up ready to epoxy glass it in place.

Posted by J-Star Marine Services Builders of fine craft since 1981 at Tuesday, July 15, 2014 No comments: