The first job that had to be done was to repair the damaged window surrounds that had been damaged when the old windows were taken out to be replaced. 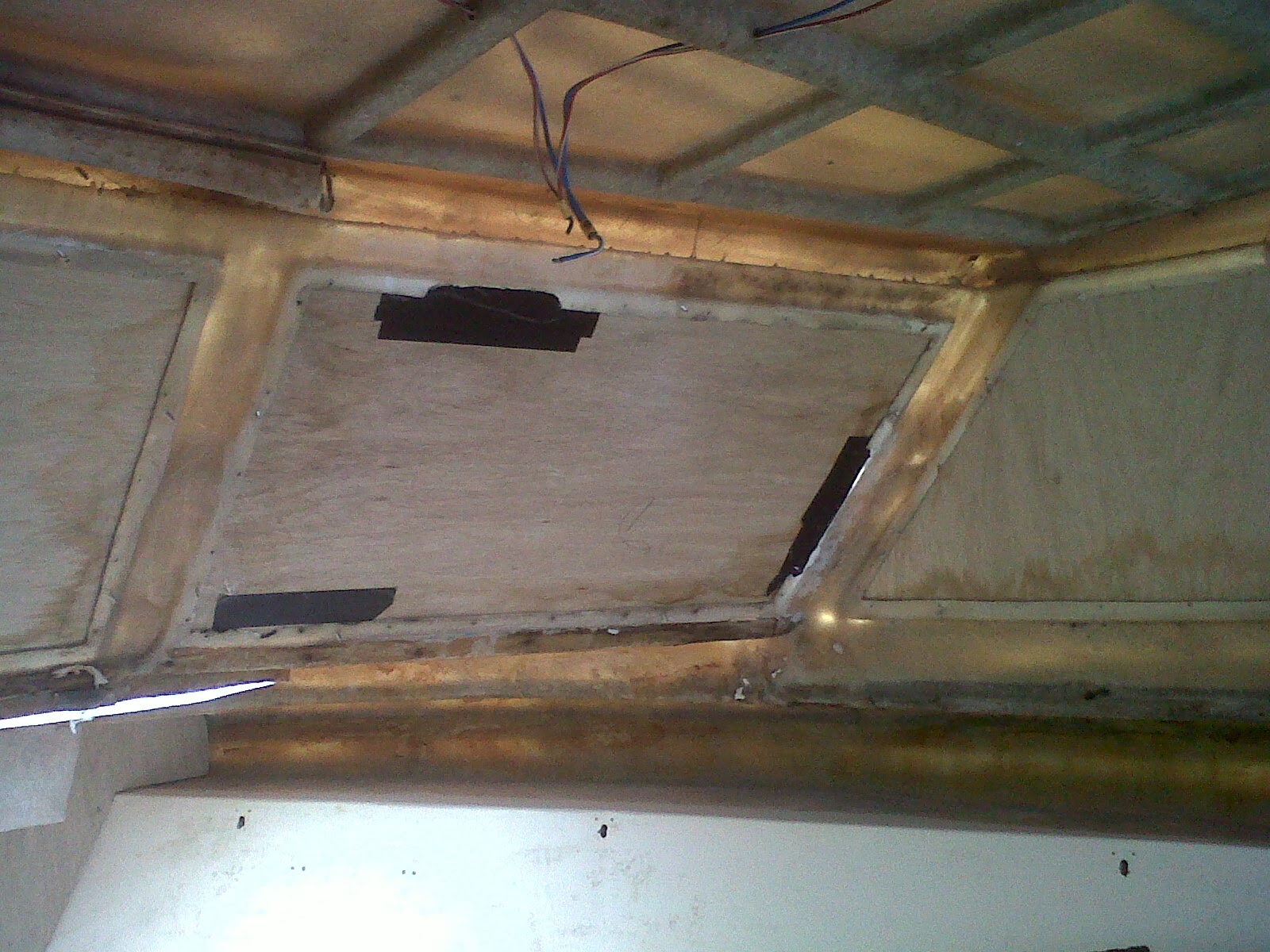 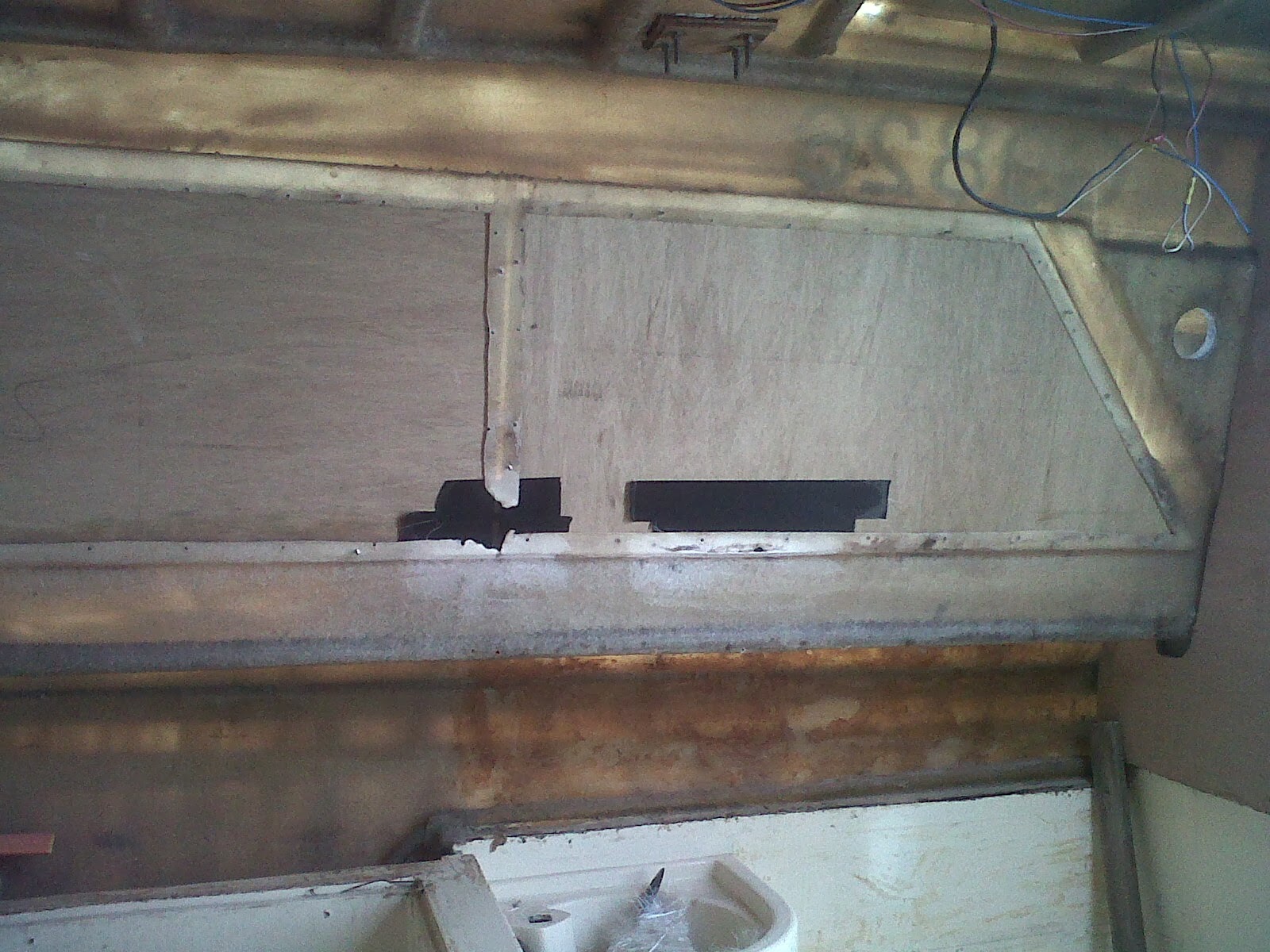 Much of the problem was caused by the lay up not being thick enough around the window surrounds leading it to break. 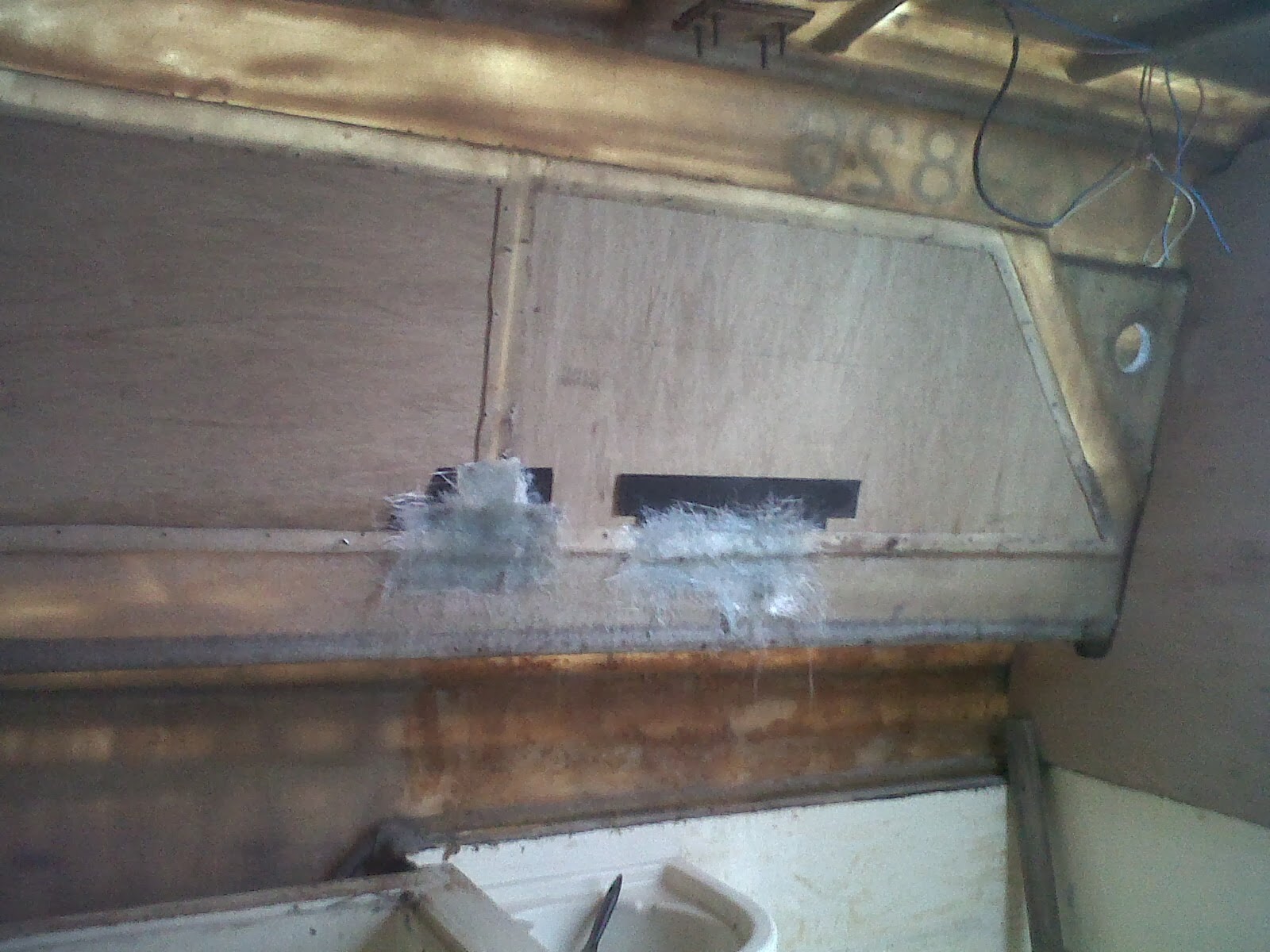 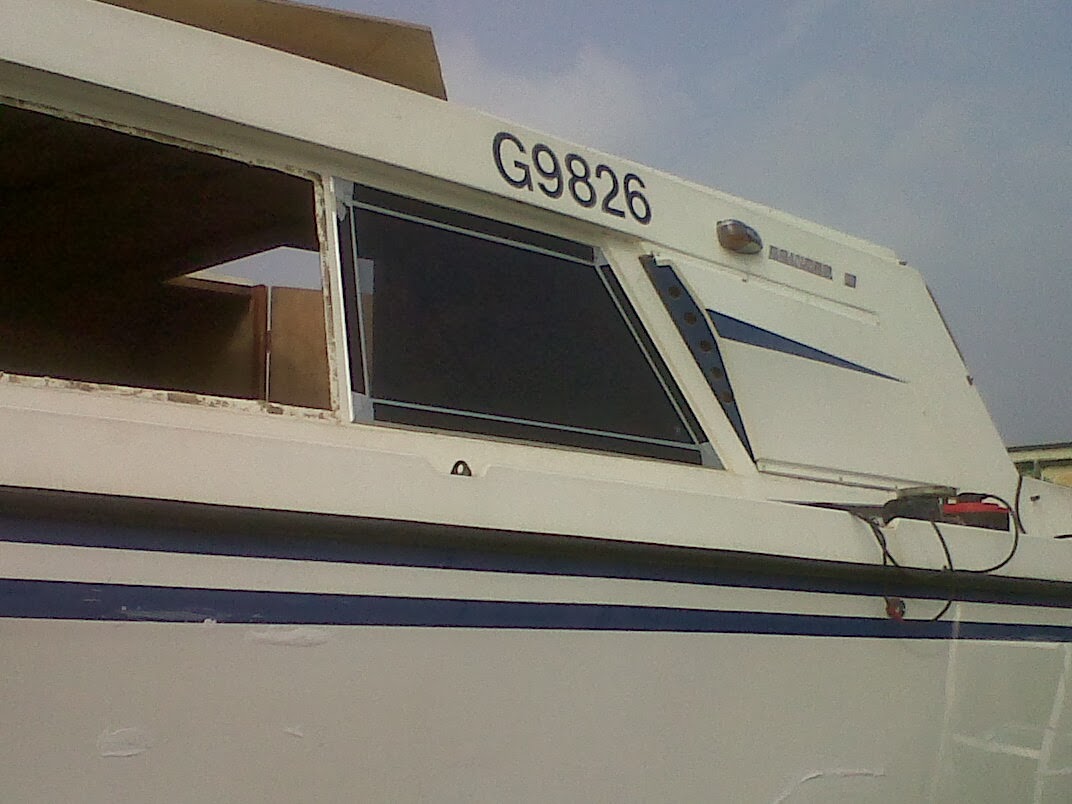 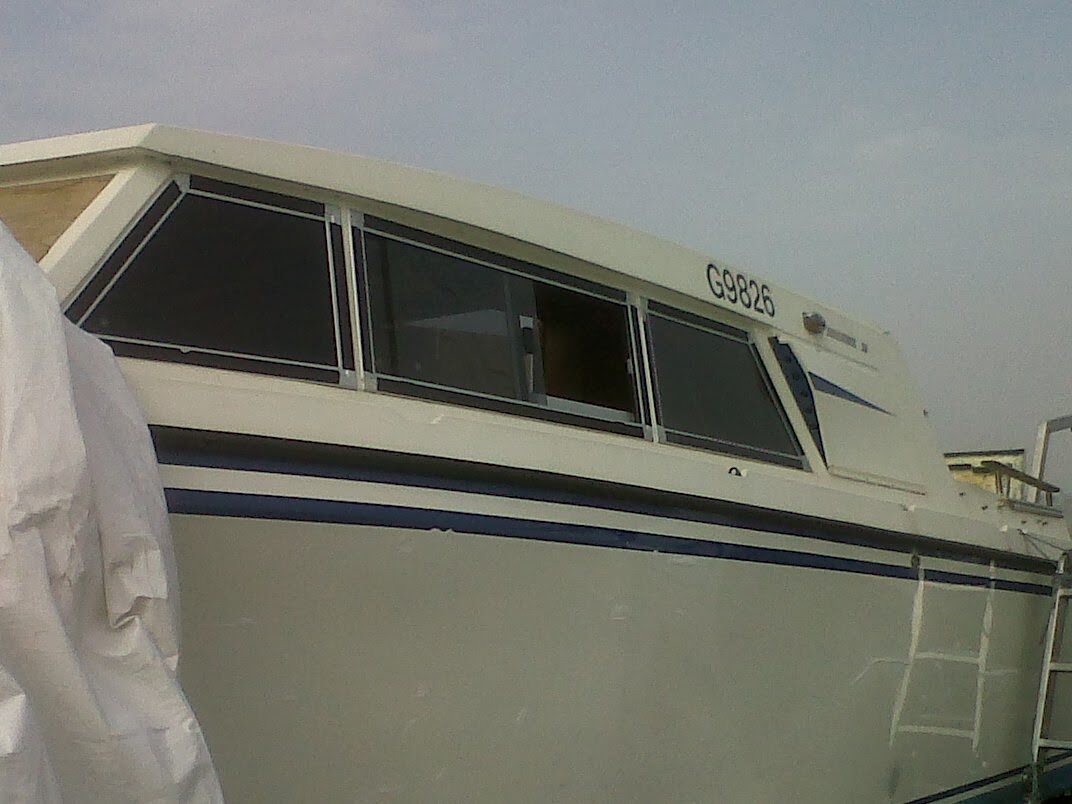 Once these were done then the front windows were fitted in place. 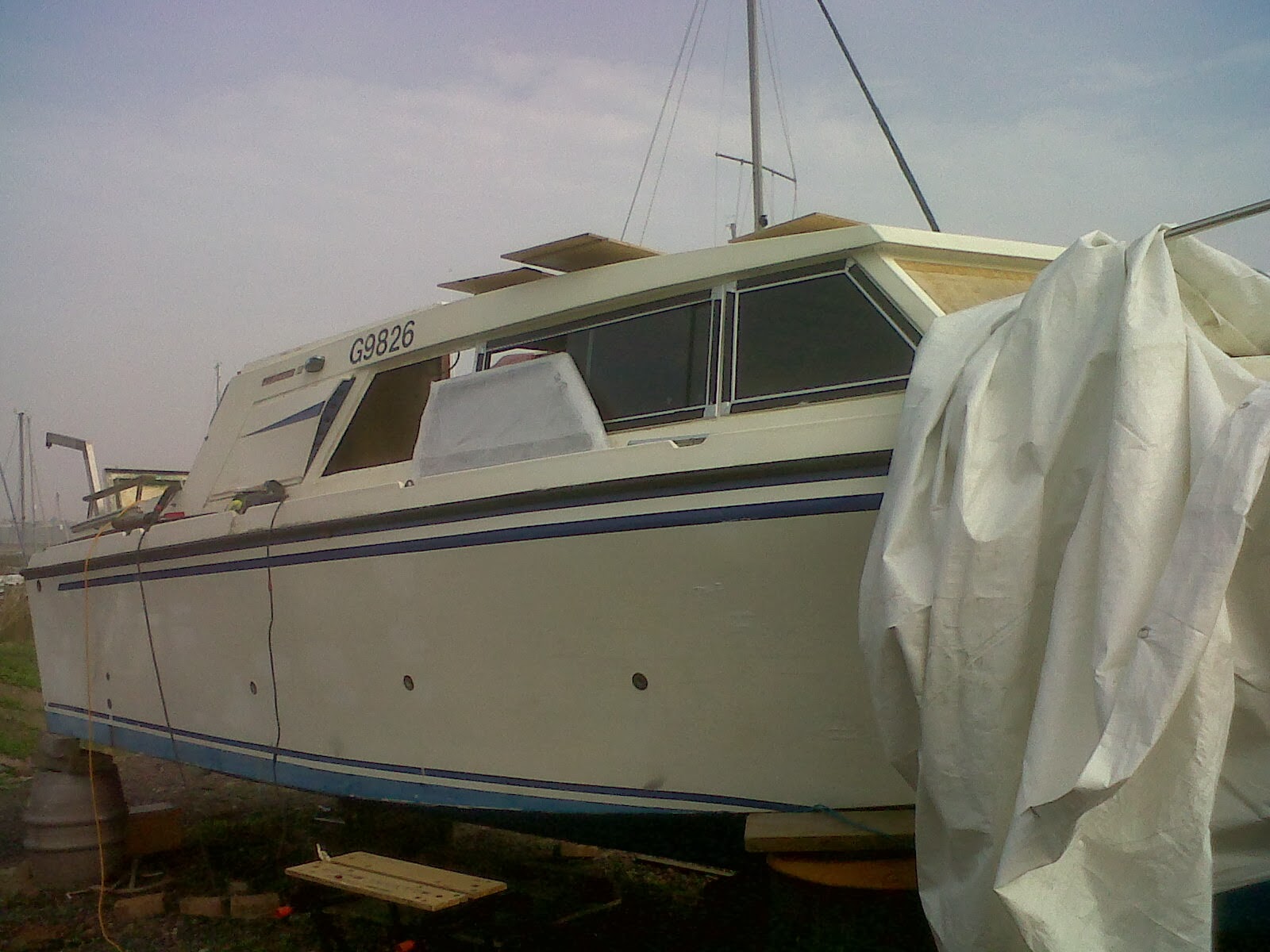 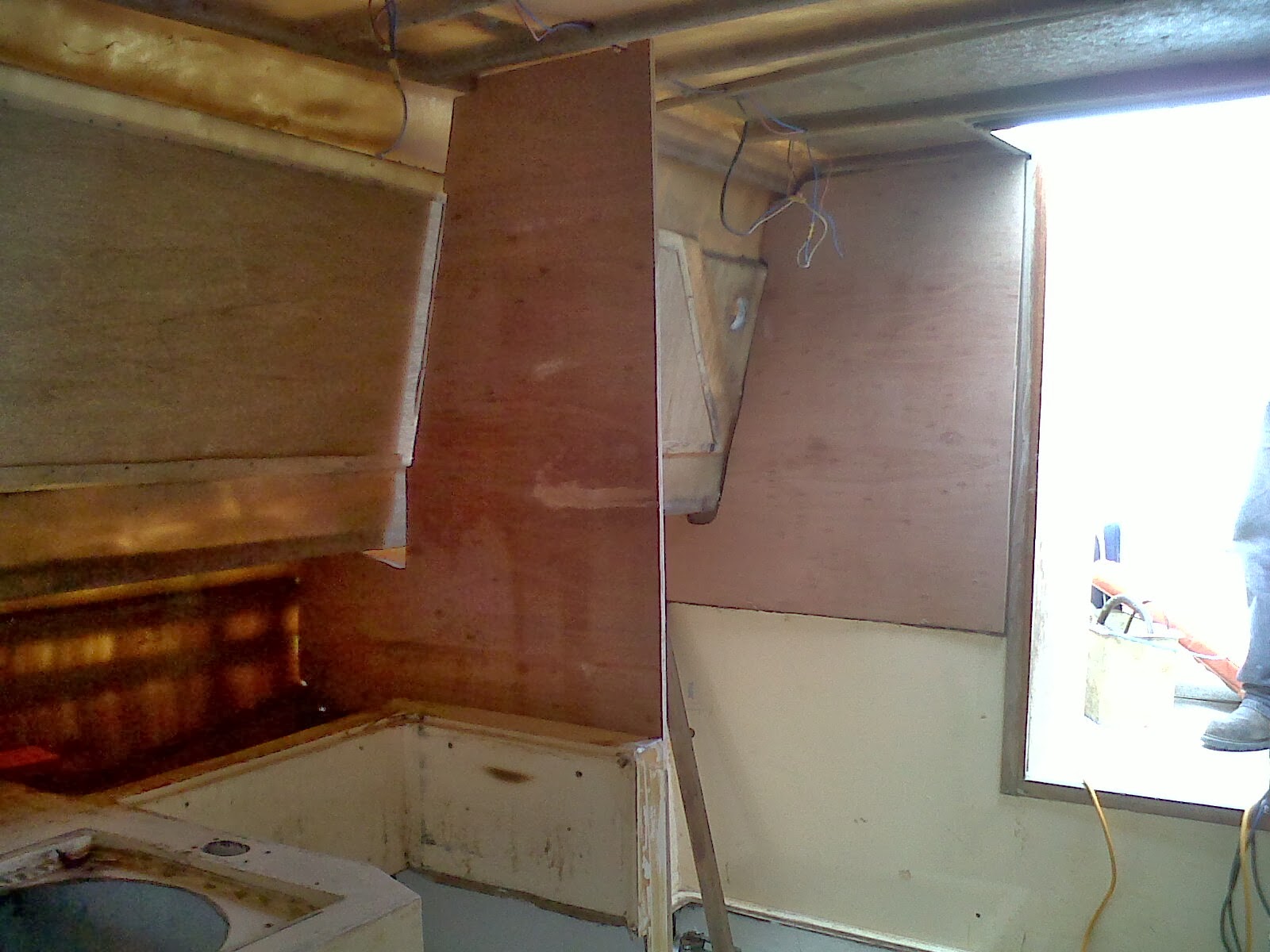 This photo shows the bulkhead that fits fore and aft to leave the piece for the doorway. 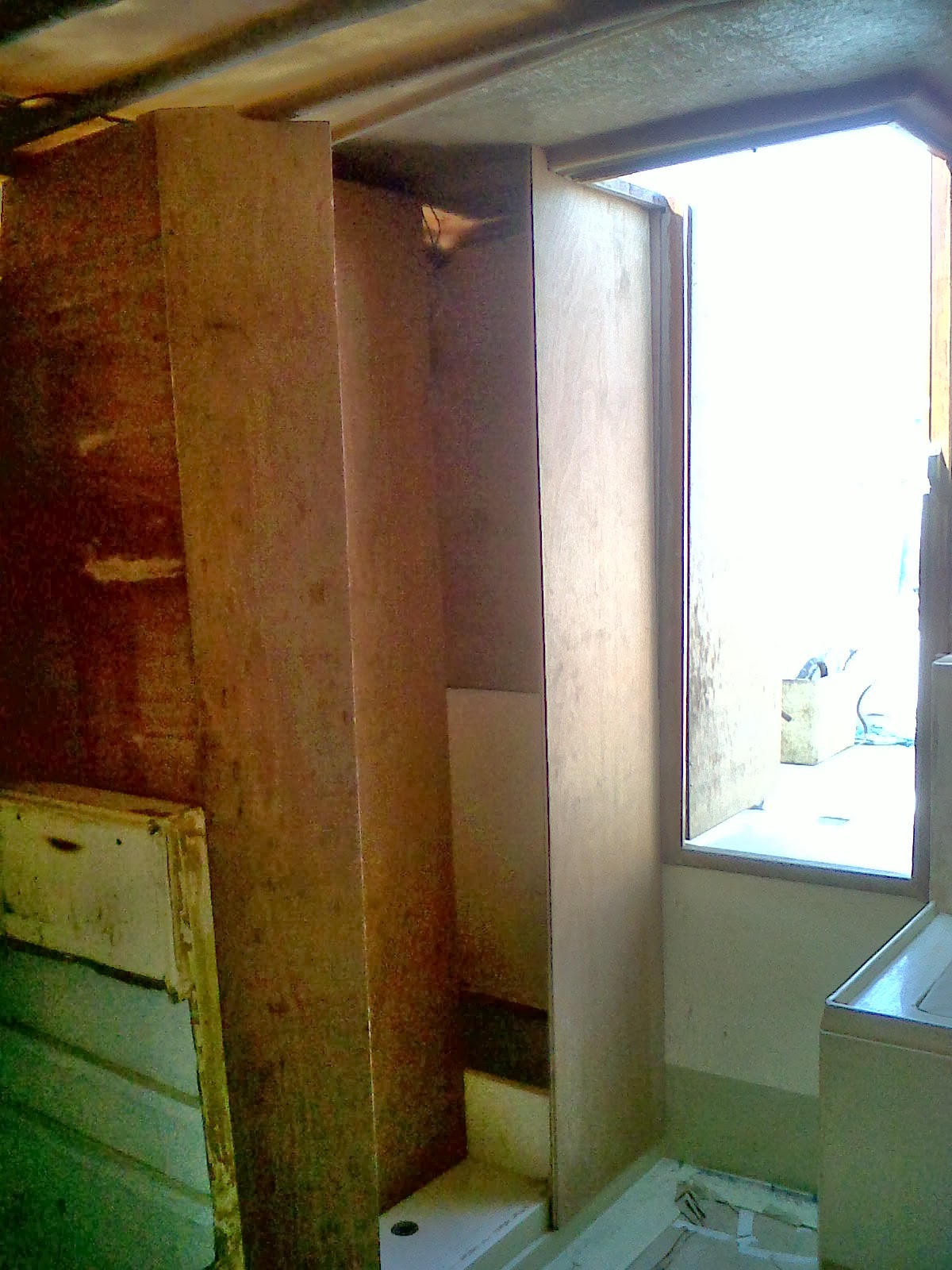 Another photo of the front and side bulkheads in place before being removed to be covered with formica and then fitted back in place with oak trims in the edges. 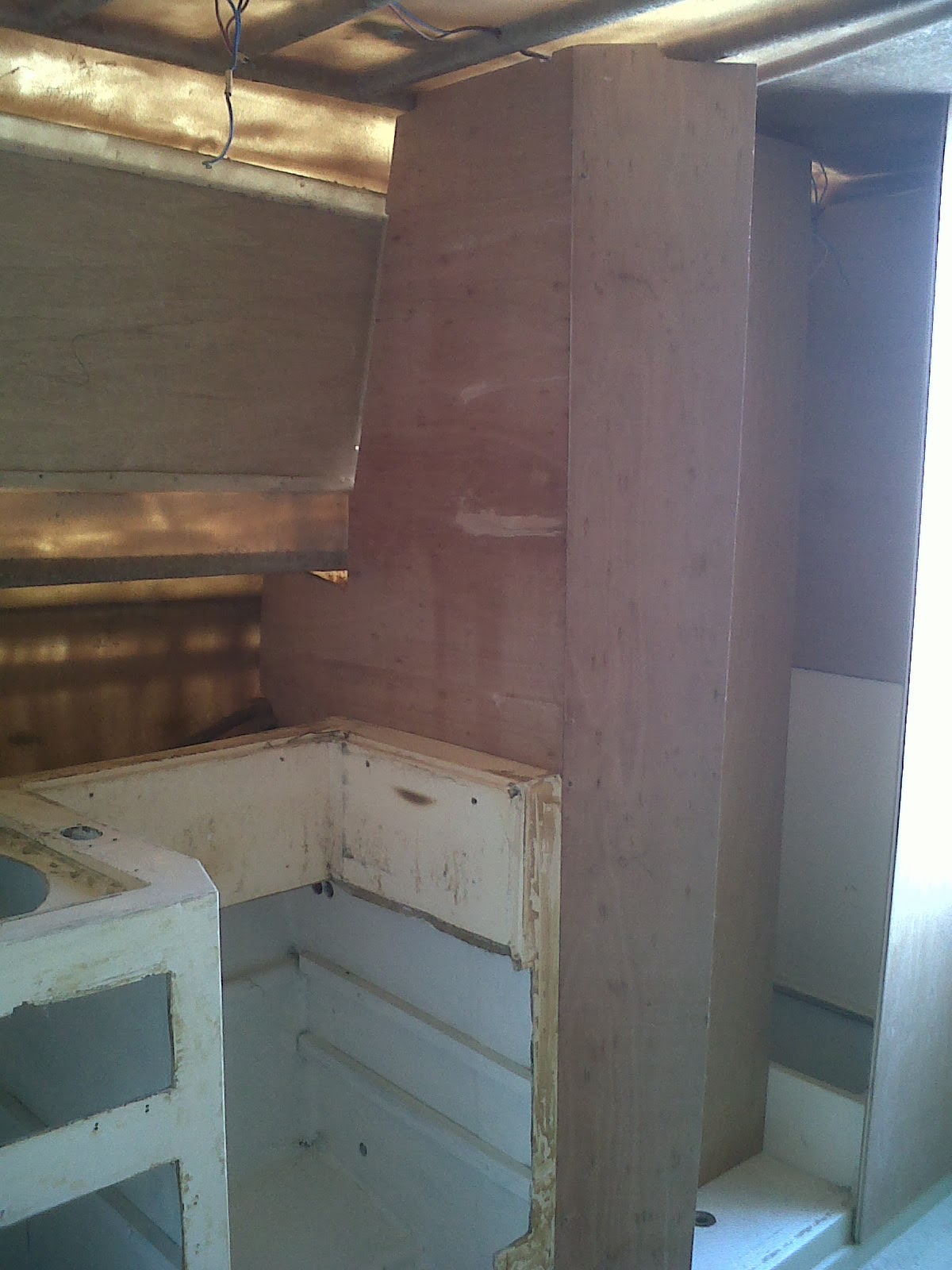 Posted by J-Star Marine Services Builders of fine craft since 1981 at Thursday, December 12, 2013