So the second row of planks gets steamed into position.

This photo shows the front end of the plank being steamed into position along with its sister plank on the starboard side being done at the same time. 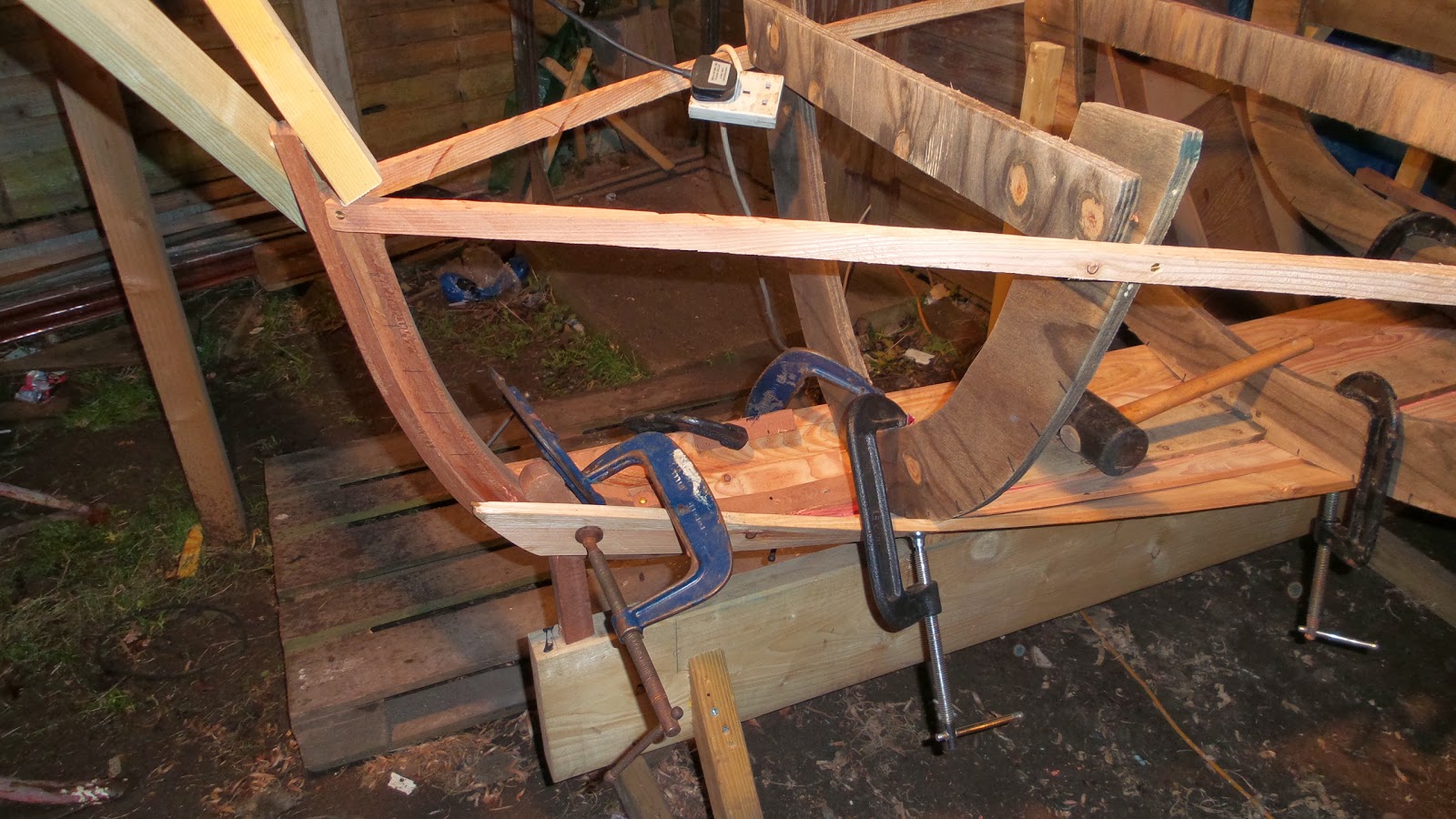 This photo shows the boat starting to take shape as it grow out from the keel. 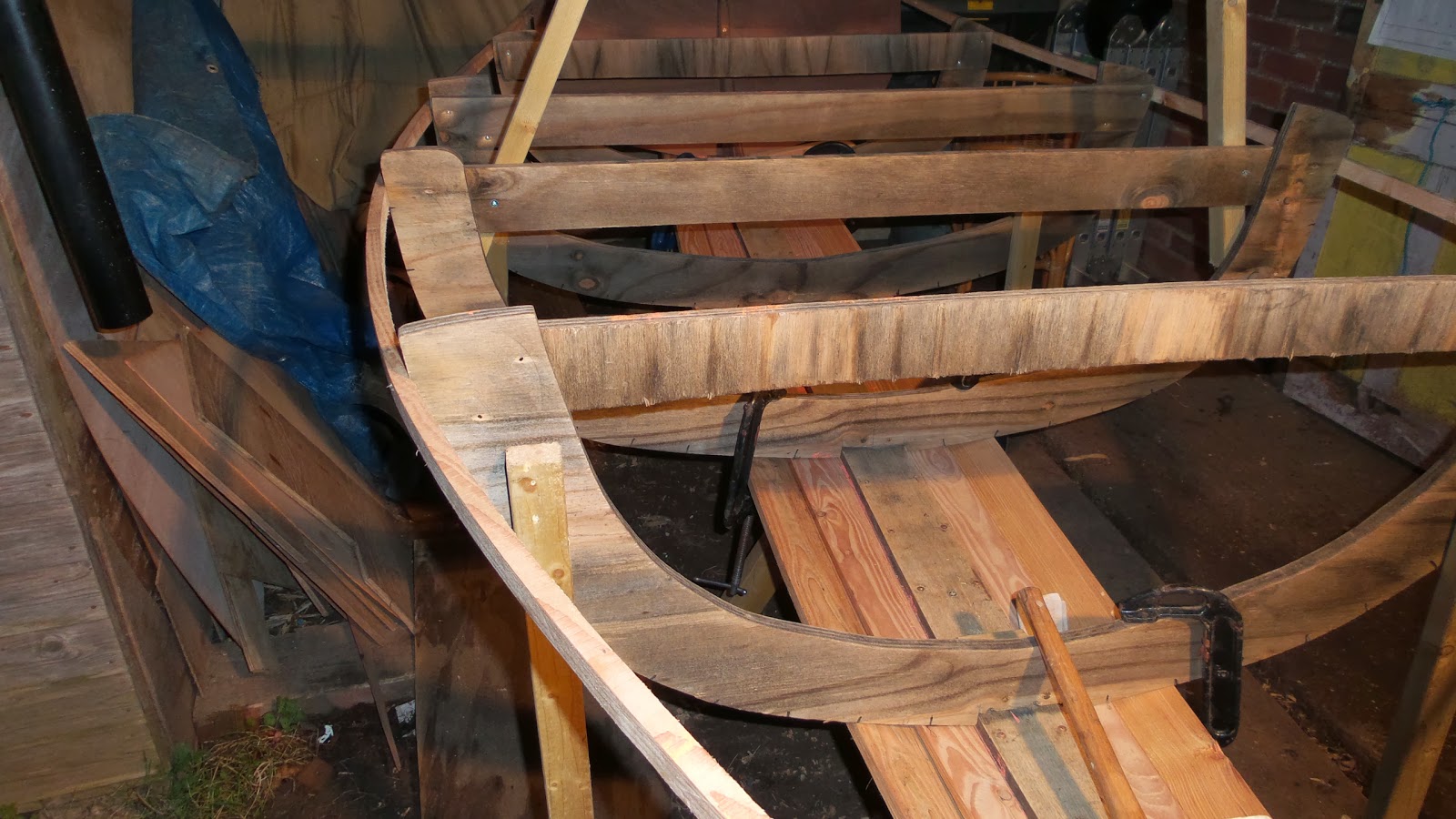 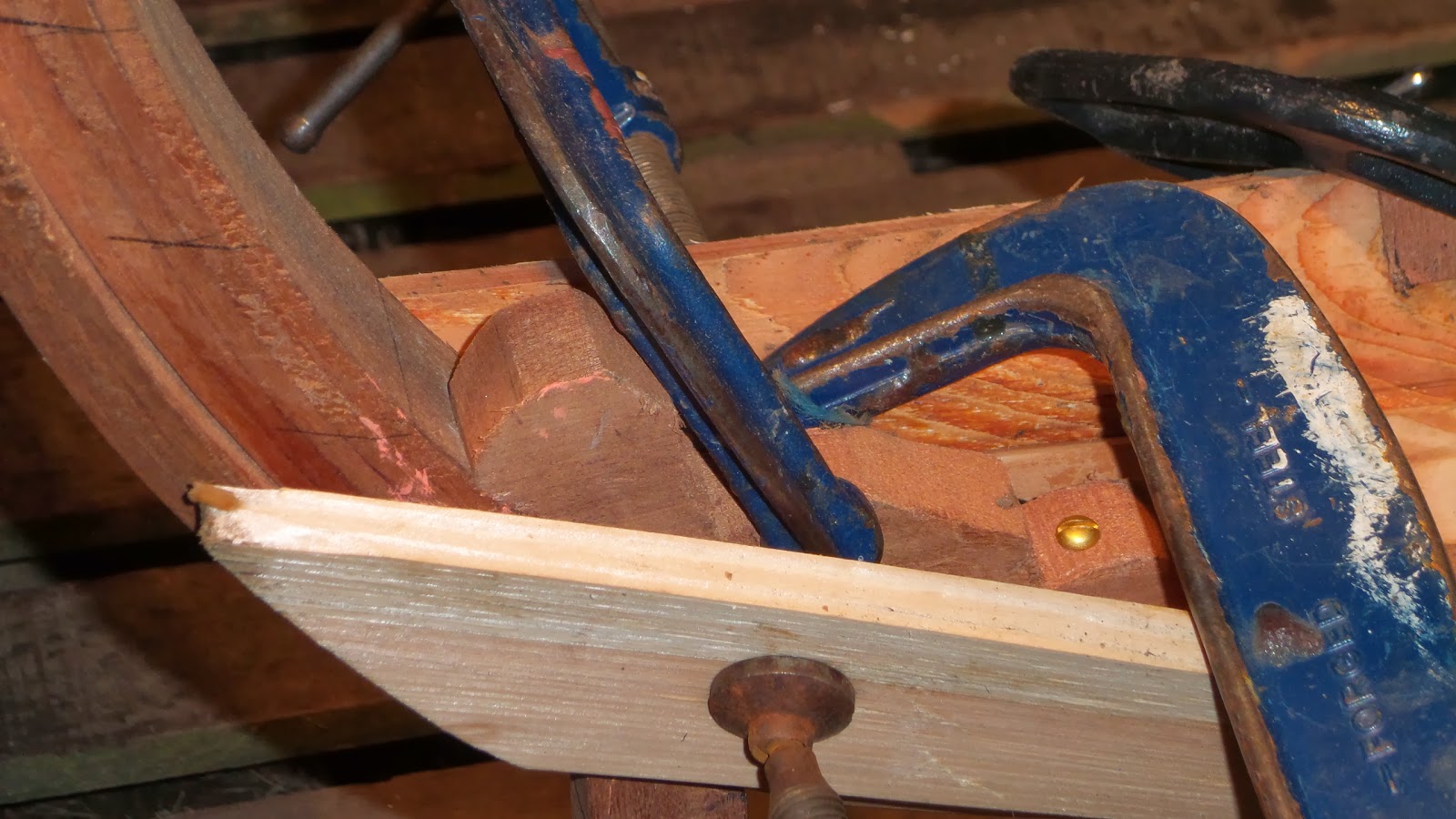 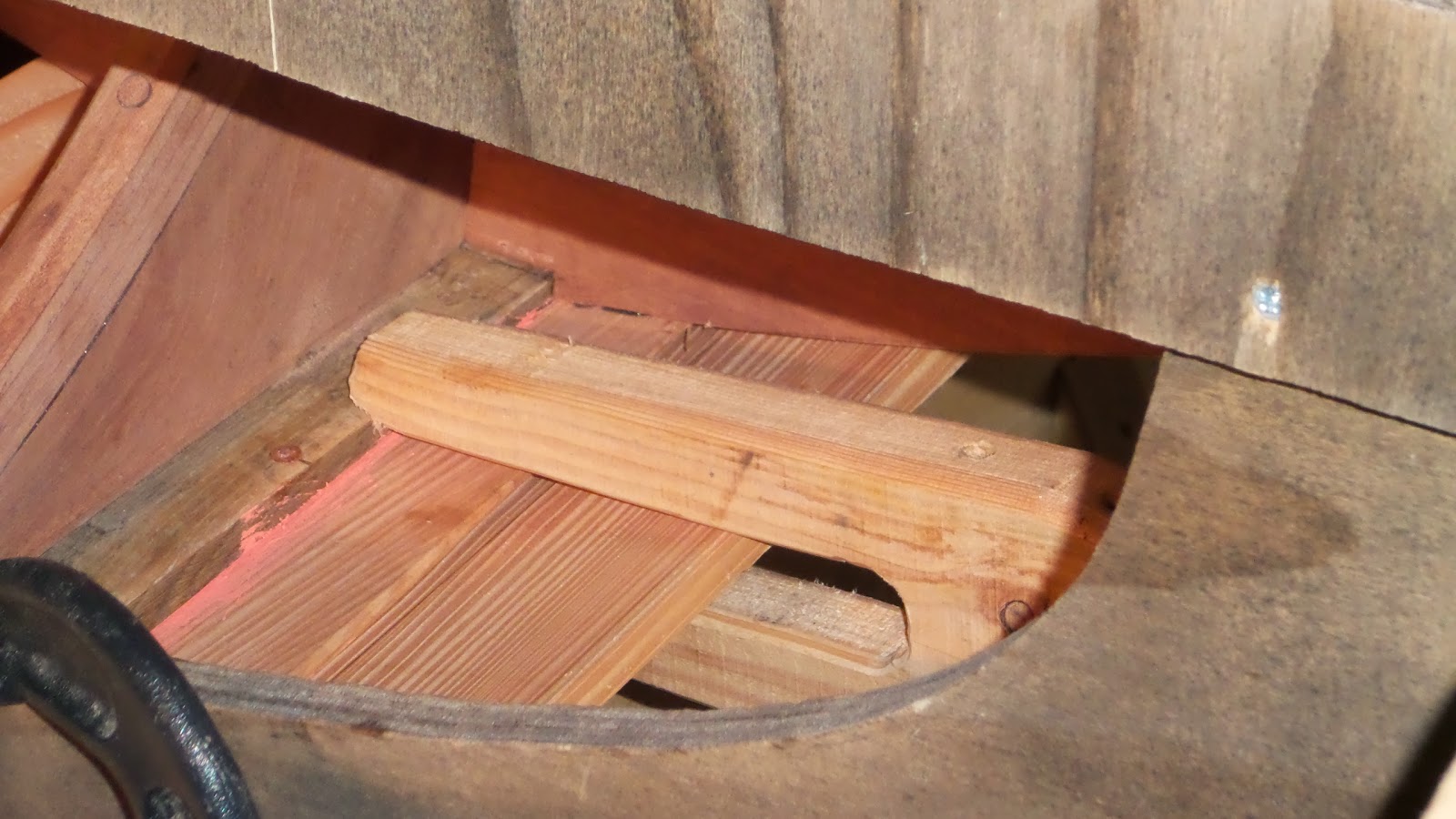 Another photo of a peg cramp being used to hold a plank in place. 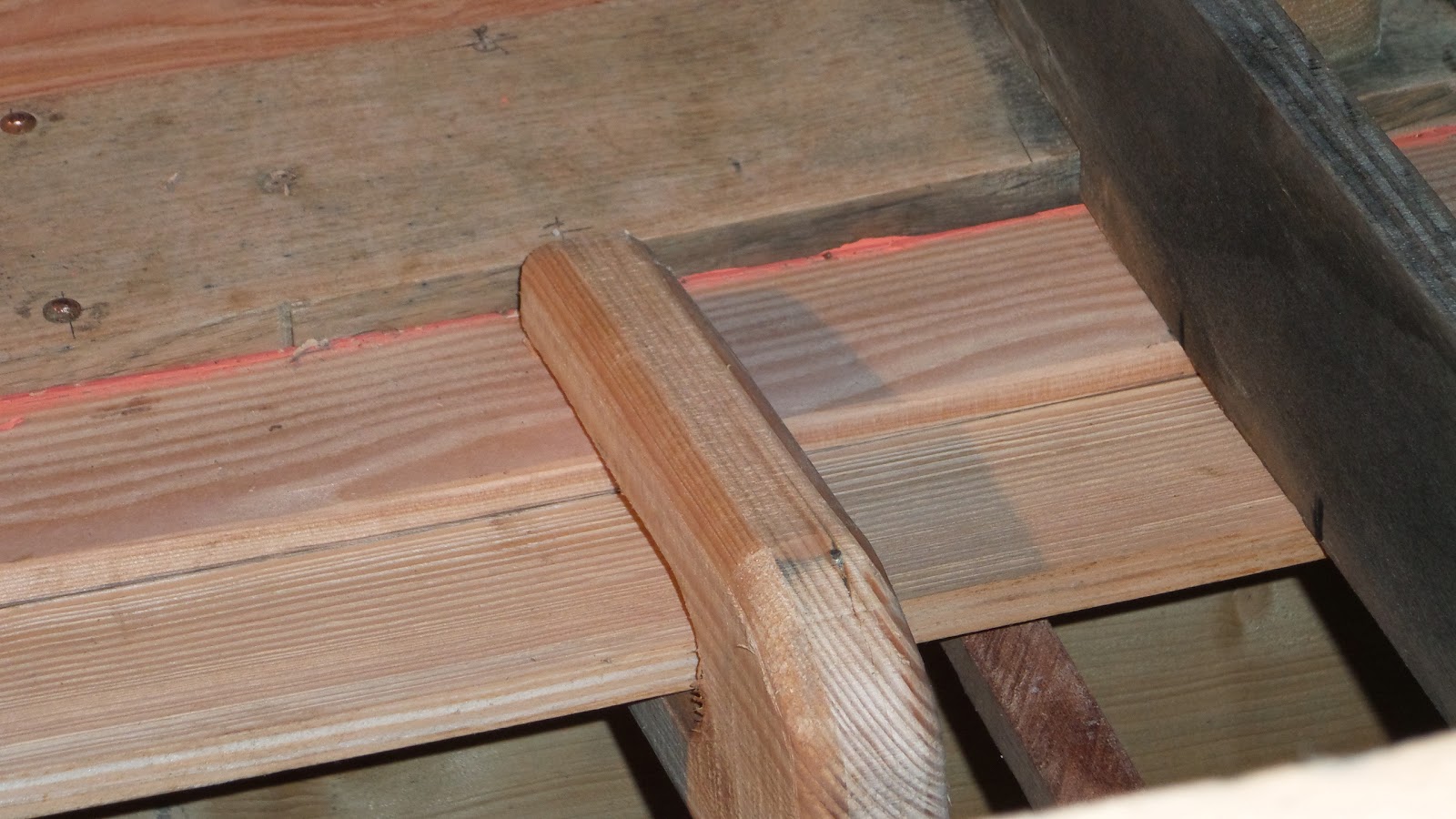 Posted by J-Star Marine Services Builders of fine craft since 1981 at Tuesday, December 10, 2013