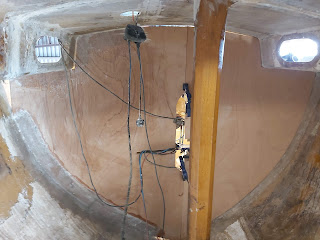 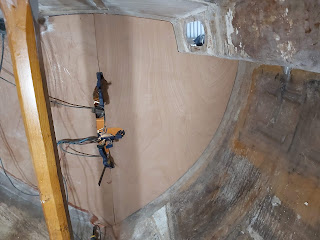 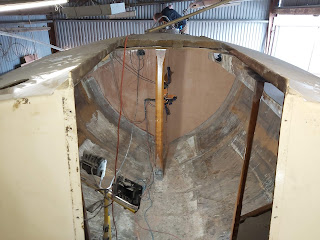 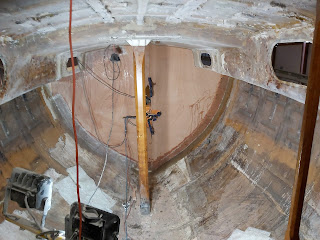 Tomorrow the area under the side deck to the deck head will be glass in and then the other side can be done and then the doorway can cut in the bulkhead.
Once that is done the second set of bulkheads can be fitted and glassed in position 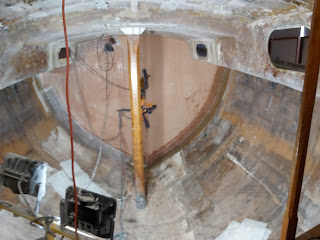 Also today the Finesse 24 aft and side deck panel were dry fitted to the deck beams and the under sides were epoxied as request by the yachts owner before they are screwed and glued down into position
Posted by J-Star Marine Services Builders of fine craft since 1981 at Monday, August 12, 2019