Work for the coming week

Now with a what is looking like a settled weather week ahead, we should be able to get some of the outside jobs done.One job especially on Mai-Star II, its cockpit coamings are ready to make to fit. 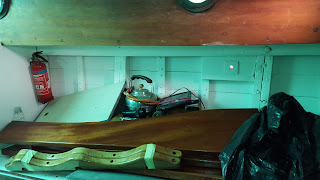 Also the cooker area needed to be sorted, so that over the winter months, we will be able to cook up some hot meals while working on the yacht. As you can see the cooker is there, it needed to be connected up to a gas bottle and tested. 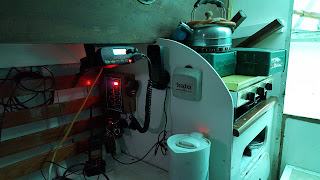 Here is the mast before the rigging was put back on earlier on in the year, All that has to be done now is put the last of the running rigging and it can go back up on the yacht. 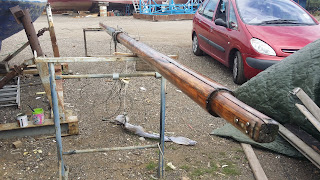 The mast will get the rest of its running rigging fitted this week, so that it can be fitted shortly and the standing rigging can be set up.

Another job will be to sort the electrics for the engine charging and also to fit the second GPS station wiring so that the GPS can be used in two positions while on passage.

If it is possible finish off painting the decks and sorting the corners of the cabin sides to be able to finish them off.

Posted by J-Star Marine Services Builders of fine craft since 1981 at Sunday, November 08, 2015