The edges of the plywood have now been cleaned up and are ready to be masked up and the cabin side covered again to keep any glue from going on the newly varnished cabin sides. 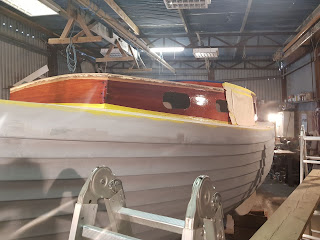 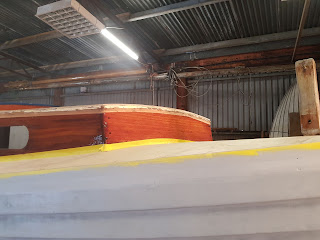 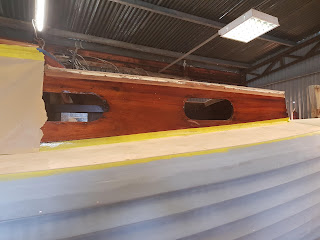 Posted by J-Star Marine Services Builders of fine craft since 1981 at Monday, September 10, 2018