Continuing the work on the finesse 24

The transom as now come along from being bare wood to being well on its way, now it as four coats of thinned varnish 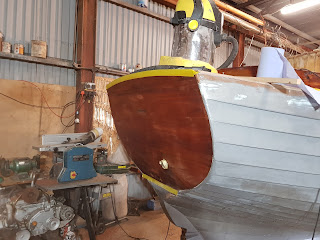 Now it has four coats of varnish, just another four to go
The latest coat was put on by the owner partner 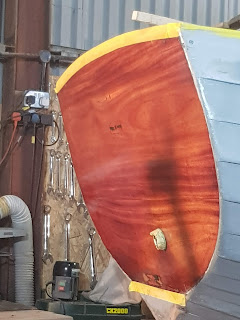 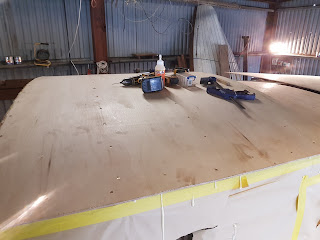 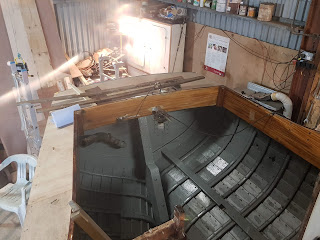 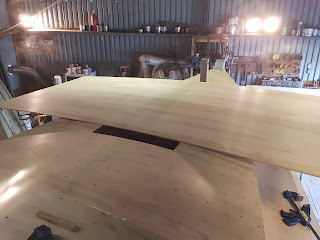 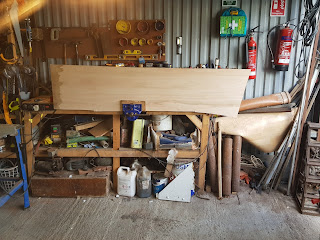 Posted by J-Star Marine Services Builders of fine craft since 1981 at Tuesday, September 11, 2018