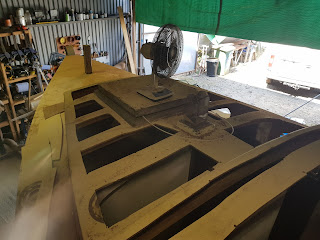 Then take out the pieces over the beams 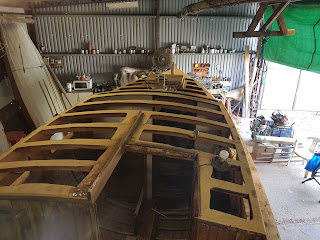 Starting to remove the old plywood off the top of the cabin sides and the deck beams, it is a bit heavy going as the plywood is held down with 2" wire nails, so they are difficult to extract. 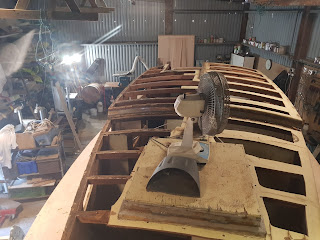 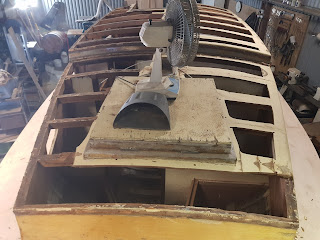 Halfway along the job, now on the way up the port side and then take the fore hatch and its base off and the mast tabernacle as well 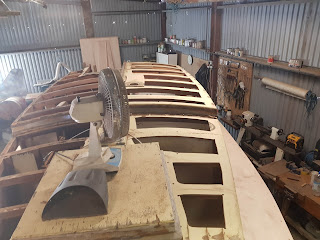 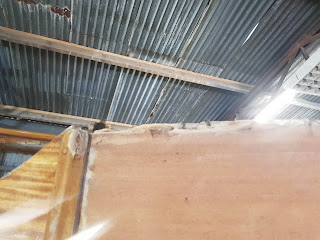