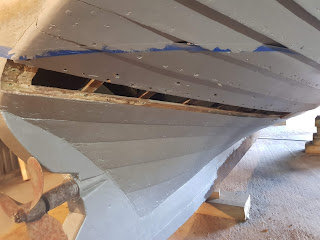 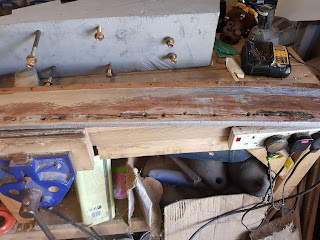 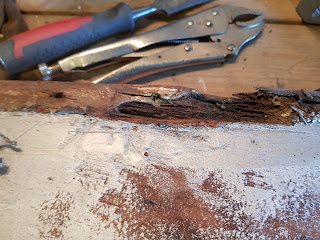 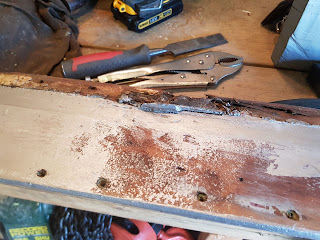 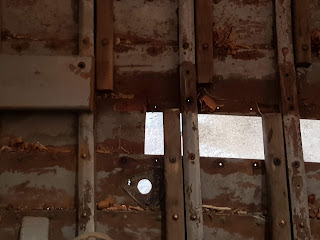 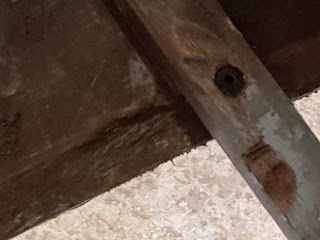 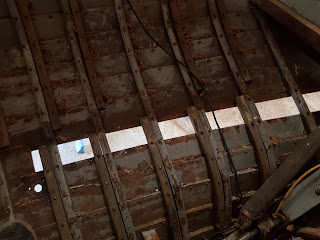 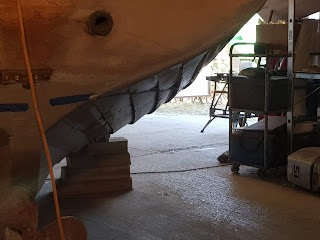 The split plank before it was removed 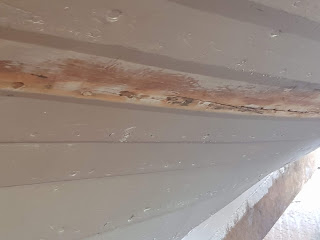 These are photos of the hull now having its third and fourth coats of primer on the hull and after its first bit of surface filling being done and sanded back. 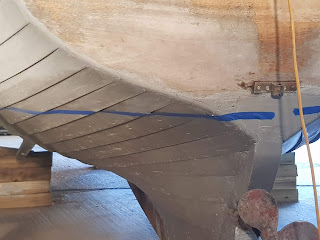 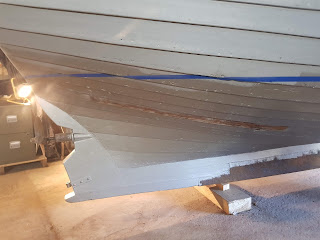 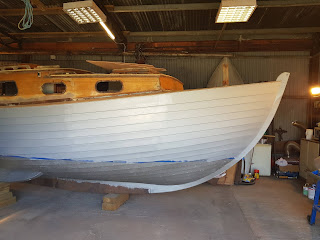 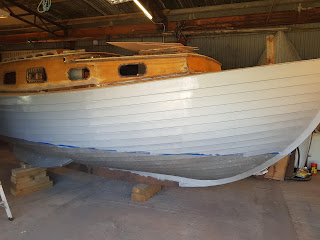 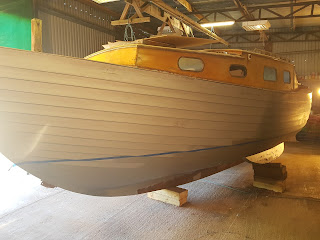