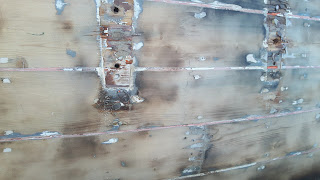 When we removed the rotten top plank it was found that the damage was as far as the gunwale which was split as well. 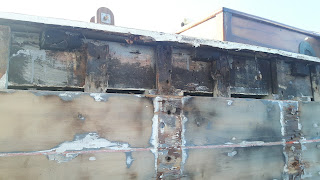 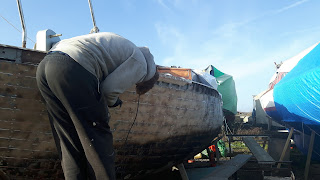 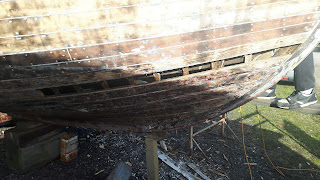 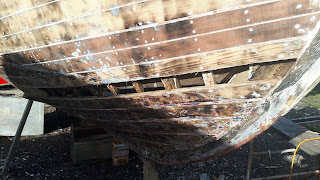 Posted by J-Star Marine Services Builders of fine craft since 1981 at Friday, February 03, 2017